According to Italian outlet Tuttosport, Chelsea are unwilling to lower their €30m valuation of Emerson Palmieri, with the full-back’s suitors Inter Milan keen on a discount for the ace.

Tuttosport report that Inter have a longstanding interest in the 25-year-old, with it even claimed that Emerson is open to a move to the San Siro and a reunion with Antonio Conte.

It’s added that the Blues aren’t sticking firm on their price tag because they don’t wish to part with Emerson – more so that they don’t want to sell the ace to Inter.

Chelsea’s hierarchy are still unhappy with Conte after the Italian – who was in the charge of the Blues for two seasons – cost the west London outfit £26m in compensation (Guardian), following legal battles.

Tuttosport add that the Blues are also unhappy that Inter first sounded out a move for Marcos Alonso before switching their attention to Emerson. 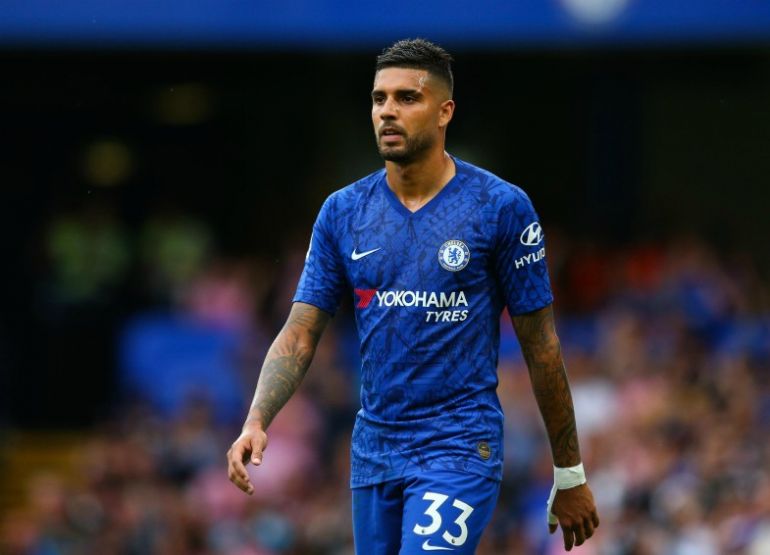 Emerson in action for Chelsea, could he return to Italy in the summer?

Conte was actually the man who oversaw Chelsea’s signing of Emerson, with the ace joining in January 2018 for £17.6m, as per BBC Sport.

Emerson’s time at Chelsea has got no better after a shaky start, the ace’s constant injury troubles and inconsistent form have seen the full-back play a minimal role for Frank Lampard this season.

Emerson has made 19 appearances across all competitions this term, with none since the Premier League’s restart, Lampard seems to prefer Alonso.

Emerson is just 25 though, and a move to a team that’s system is heavily reliant on wing-backs in Inter could certainly reignite the Italy international’s career.

Chelsea’s transfer chief Marina Granovskaia has firmly proved over the last couple of years that the Blues will absolutely maximise what they should receive for their players, a discount would be unlikely.