According to Chelsea News via Football Insider, Tammy Abraham’s entourage are ‘growing impatient’ following a lack of progress with Chelsea in contract talks regarding a new contract.

Football Insider report that Abraham wants a deal worth more than teammate Callum Hudson-Odoi, the promising winger earns around £120,000-a-week but has struggled since penning the new terms.

It’s added that discussions over a new deal for Abraham have been ongoing for some time, with Chelsea ‘hopeful’ of reaching an agreement, news of unhappiness in Abraham’s camp is certainly a blow.

Abraham’s current contract reportedly runs until 2023 due to a one-year extension that was triggered after the ace met certain conditions following his impressive breakthrough into the first-team.

As per the Times (subscription required), Abraham currently earns £50,000-a-week. The ace has bagged 16 goals and six assists in his debut season as Chelsea’s leading frontman. 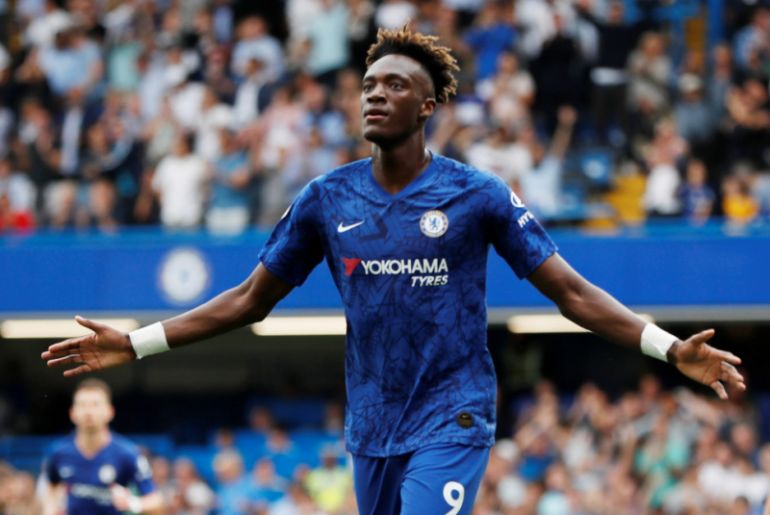 Abraham has looked promising in his debut season as Chelsea’s leading frontman.

Despite Abraham’s current rough patch which has seen the ace fail to find the net in any of his last 10 games for the Blues, the striker’s certainly fair to ask for more than Hudson-Odoi.

The tricky winger has scored three times and provided five assists in 29 appearances across all competitions this season.

Chelsea appear to have made themselves victims of their own doing after handing out several lucrative contracts to their promising academy graduates.

Some may suggest that Abraham isn’t worth more than £120,000-a-week, but the centre-forward has been more productive than Hudson-Odoi so can Chelsea really argue with his demands?

Whilst Abraham’s camp don’t appear to be pleased with the current state of talks, Chelsea would be wise to hold fire on agreeing new terms until the forward is out of his rut.

The England international’s recent struggles could also be partly explained by the injury troubles that Abraham has dealt with in the second-half of the season.

The fact that Olivier Giroud has been superb since the restart is a further reason why the west London outfit should hold back on talks with Abraham for the time being.