According to 90min, Istanbul Basaksehir are ready to launch an offer to sign out-of-favour Arsenal superstar Mesut Ozil this summer.

Basaksehir won the Turkish top-flight for the first time in their history this past weekend, the recruitment of a national icon in Ozil would certainly be a further statement of intent by the side.

News of the Istanbul’s outfit comes on the same morning that Turkish powerhouses Fenerbahce have reportedly pulled out of a deal due to the 31-year-old’s wage demands, as German outlet Bild.

Ozil has looked like a shell of his former self ever since he signed a new contract with the Gunners two years ago, the ace earns a staggering £350,000-a-week with the Emirates outfit, as per BBC Sport.

The star’s playing time has also dwindled since the early signs that the lucrative deal was a poor decision, Mikel Arteta has tried to reintegrate his former teammate into the side with little success.

Ozil has only managed to score once and lay on three assists in 23 appearances this season. 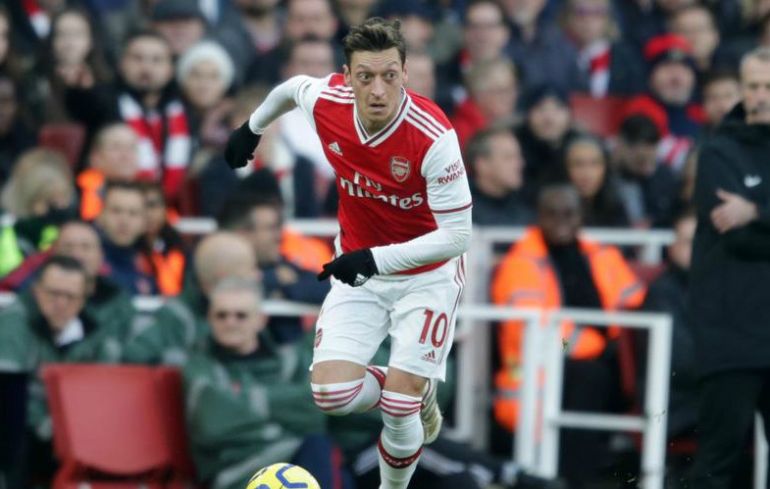 Mesut Ozil in action for Arsenal.

A back injury has left the World Cup winner sidelined since the Premier League’s restart but there may be other factors at play, Ozil posted that he was ready for the clash with Liverpool, only to miss out.

90min suggest that Istanbul are serious suitors for Ozil, with their report adding that the club have the support of Turkey president Recep Erdogan as they prepare a swoop for the attacker.

Ozil shares a close relationship with Turkey’s head honcho, who was the best man at his wedding, a picture with Erdogan sparked the star’s shock retirement from international football with Germany.

90min don’t share any specifics on what kind of transfer fee the Gunners could net, but they should be thankful if any side are prepared to help in their efforts to get Ozil’s wages off their books.