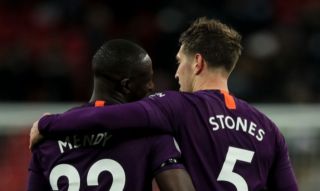 The John Stones Arsenal transfer saga won’t quite die down, with a fresh development on the future of the Manchester City defender.

With Pep Guardiola said to be closing in bringing Nathan Ake to Man City this summer, it seems increasingly likely that Stones will not be part of his plans next season.

Stones hasn’t quite lived up to expectations at the Etihad Stadium and is no longer a regular for Guardiola’s side, despite once looking a huge talent at previous club Everton.

The England international has an admirer in Arsenal manager Mikel Arteta, however, with the Spanish tactician being tipped to pursue a reunion with him in the near future.

Arteta left City’s coaching staff to take over as Gunners boss back in December, and he’s now being tipped to work again with Stones at his new club.

Ladbrokes claim Stones is just 5/2 to make the move to north London this summer in what could be a smart move by AFC to strengthen a problem position.

Alex Apati of Ladbrokes said: “If Arteta wants defensive reinforcements and familiar faces then he could kill two birds with one Stones later on this summer.”

Despite Stones’ struggles at City, he could surely be an upgrade on unconvincing defensive players like David Luiz, Shkodran Mustafi and Sokratis Papastathopoulos.