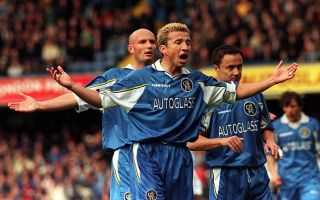 There will always be concerns that football going back to normal will result in an increase in Covid-19 infections, and it sounds like Romanian side Cluj have been badly impacted.

A report from Romanian outlet Digisport has indicated that the club now has 13 personnel who have tested positive, and their manager Dan Petrescu is the latest.

Petrescu will be familiar to Premier League fans after he made more than 150 appearances for Chelsea, and he’s still fondly remembered at Stamford Bridge.

READ MORE: Move to Chelsea could be closer as touted Kepa replacement buys a house in London

We’ve seen plenty of people contract and recover from the virus, but it’s always a scary time when so many people catch it at the same time.

This situation is even more worrying after The Sun reported that he was rushed to hospital after the positive test, but it also sounds like that was a precaution and there’s no sign that he’s in a serious condition.

Regardless of the reasons, we wish Petrescu and his teammates a speedy recovery at this difficult time.