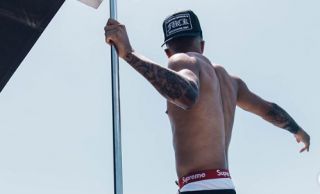 A combination of the endless stream of transfer gossip and the extra time people have to consume it on the internet and social media does funny things to people.

Many Manchester United fans will no doubt be awaiting updates on Jadon Sancho, with the exciting young Borussia Dortmund winger long linked strongly as a top target for the Red Devils.

A number of sources have recently provided positive updates on the prospect of Sancho joining Man Utd, with the Transfer Window Podcast stating the England international had agreed personal terms on a move to Old Trafford.

The Sun have also suggested an agreement for Sancho to move to United could be close, and now the 20-year-old has genuinely seemed to spark an excited reaction out of a number of fans with a picture on his Instagram page.

See below as one fan posted the picture on Twitter, focusing on the colour scheme of Sancho’s shorts and boxers…

United fans often hold up a red, white and black flag at games, with these the three main colours associated with the club.

Still, it seems a bit of a stretch to suggest Sancho is hinting at anything by simply wearing some shorts. Then again, it wouldn’t be the first time for players to drop subtle social media hints like this.

For instance, not long before Paul Pogba moved to MUFC in 2016, he excited some fans with this little hint on Instagram, as he notably chose to post a photo of himself in black and white, except for his red hat and shoes… 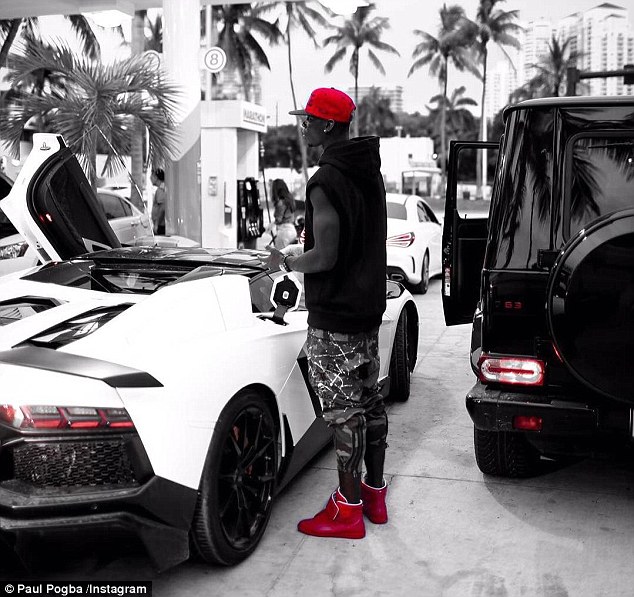 Remember this from Paul Pogba shortly before his move to Manchester United?

So perhaps it’s unsurprising fans now see hints like this in everything a transfer target posts.

What colour shorts has Sancho got on? ??

Coincidence? I think not pic.twitter.com/xcKapwRxth

But, wait for it, this may be the best one yet – one fan below is suggesting Sancho is even dropping similar hints with the colour scheme of…his breakfast!

Jadon Sancho posting his breakfast on his story. Compare the colours of his breakfast with our kits this season, this pretty much confirms the transfer. pic.twitter.com/dfloqX1iTb

The summer is long, people. Get outside, away from your screens, and get some sunshine.