According to Record via Sport TV, Manchester United superstar Bruno Fernandes has offered help to Portuguese club Aves, who are in a complete mess of a situation right now.

Correio da Manha report that the situation is so dire that financially-stricken Aves’ team bus keys were lost ahead of their clash with Benfica last night, meaning players travelled to the stadium themselves.

MaisFutebol also claim that Aves have not paid wages since March, captain Figueiredo is clearly doing his best to rally support for the club. 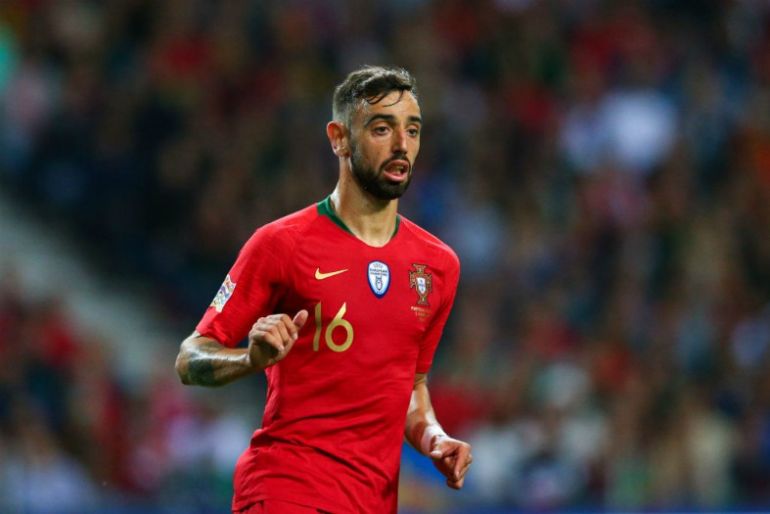 Bruno Fernandes in action for Portugal.

Here’s what Figueiredo had to say to Sport TV, as per Record:

“Bruno Fernandes, in addition to being a great player on the pitch, still manages to be bigger outside him.”

“Also Ricardo Pereira (Leicester City), several colleagues of mine, Cláudio Ramos, players who were not indifferent to what is happening here.”

As per BBC Sport, Fernandes joined one of the biggest clubs in world football in United in the January transfer window as part of a deal that could worth up to a massive £67.7m.

Fernandes clearly hasn’t forgot where he comes from, the fact that he’s willing to offer support to a club he has no ties with tells you everything about the playmaker’s class.