It’s perfectly natural that you want to do business and make concessions to people that you trust and get on with, and football is no different.

It’s common that clubs who have strong relationships will trade with each other, and there’s already an obvious connection between Man City and Barcelona due to Pep Guardiola.

The front cover of Spanish outlet Sport makes for interesting ready tonight, as it sounds like Barca are hopeful of doing a couple of deals.

READ MORE: Opinion: Chelsea are shooting themselves in the foot financially with Kepa – Here’s how they can fix that

The main target is their former youth player Eric Garcia who has started to break into the City team this season. Barca need a long term replacement for Gerard Pique, and there’s an interesting parallel there.

Pique also left Barcelona for Manchester at a young age before returning, and Garcia does have the potential to be a great player.

In order to make that happen, it’s suggested that Barca are preparing to get into City’s good books by arranging a straight swap deal for Nelson Semedo and Joao Cancelo.

It’s actually a swap that could suit both parties, as Cancelo’s attacking qualities would shine more at Barca, while Semedo is a better defender and would improve the City team.

It remains to be seen if that actually goes through and if there’s a knock-on effect to a deal with Eric Garcia, but it’s certainly worth keeping an eye on. 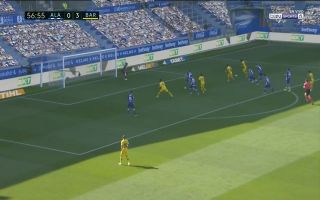