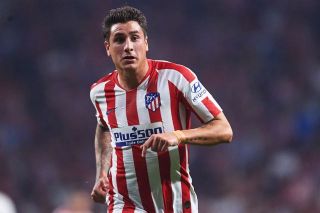 Some fans will point to the goalkeeping position as the main problem, but you can’t deny that signing a competent defender or two might help as well.

An obvious way of going about that would be to sign a player who’s a standout in a team that simply loves to defend, and Atletico Madrid are always a good place to look.

READ MORE: Opinion: Chelsea are shooting themselves in the foot financially with Kepa – Here’s how they can fix that

Diego Simeone will only put warriors in his back line who will put their bodies on the line to keep the ball out of the net, which is reflected in their defensive record from last season.

They only conceded 27 goals in 38 league games, which is a record Frank Lampard’s side can only dream of.

A huge part of that defensive unit is Uruguayan Jose Gimenez, and a report from The Telegraph has indicate that Chelsea are have been scouting him recently.

It’s suggested that Chelsea would need to offload at least one centre back first to keep the balance of the squad right, but he could be a great addition.

He’s aggressive in both boxes, he concentrates purely on defending and he’s a leader who will put his body on the line when it matters.

At this point it just sounds like they are considering him as a target rather than making an immediate bid, but he would be a great addition if they could pull it off.