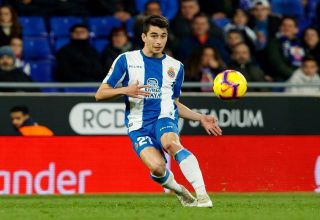 You often need to be careful when signing a player from a relegated club, especially if you’re a team who have ambitions of challenging for silverware.

Relegation can be damaging to a player’s mental state, and it can be tough to make that transition.

On the flip side if you can find a player who clearly stood out in an awful team then a move to a better team might bring out the best in them.

Espanyol looked destined for relegation all season after a dismal campaign, while it could’ve been even worse if it wasn’t for the performances of Marc Roca.

READ MORE: Arsenal legend confirms that he wants to return to Arsenal in a coaching capacity

He’s a defensive midfielder who looks great on the ball and he has the physicality to look after himself, so he does sound like the kind of player that Arsenal need.

Calciomercato have indicated that the Gunners would be keen on signing him this summer, but it sounds like AC Milan are hoping to beat them to it.

Interestingly Milan are also heavily interested in signing Barcelona full back Emerson, and the report indicates that a meeting has been arranged to try and thrash out a deal.

That meeting will also involve the agents who look after Marc Roca, and Milan are hoping to take advantage of that to beat Arsenal to his signing.

It’s suggested that Espanyol would be looking for €25m to let him go, so it will be interesting to see where he ends up this summer. 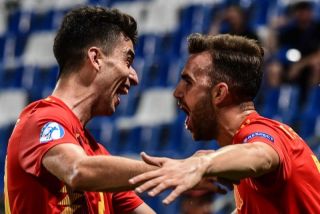