According to Spanish outlet Mundo Deportivo, Barcelona are back to prioritising a new contract for key man Marc-Andre ter Stegen after negotiations were stalled due to the Coronavirus pandemic.

Mundo Deportivo (MD) report that the club are confident of extending Ter Stegen’s deal, which currently runs until 2022, until 2025 at the very least.

MD hint that the Blaugrana are confident of sealing a new deal for the superstar goalkeeper by the start of next season, they’ve also laid out a clear pay formula to please the Germany international.

MD claim that Ter Stegen has accepted that contract plans were shelved due to the club’s focus on more important matters since the pandemic started.

It’s suggested that Ter Stegen wishes to be one of the top earners at the club – and rightfully so given his solid performances and ascension to one of the world’s best stoppers since joining in 2014. 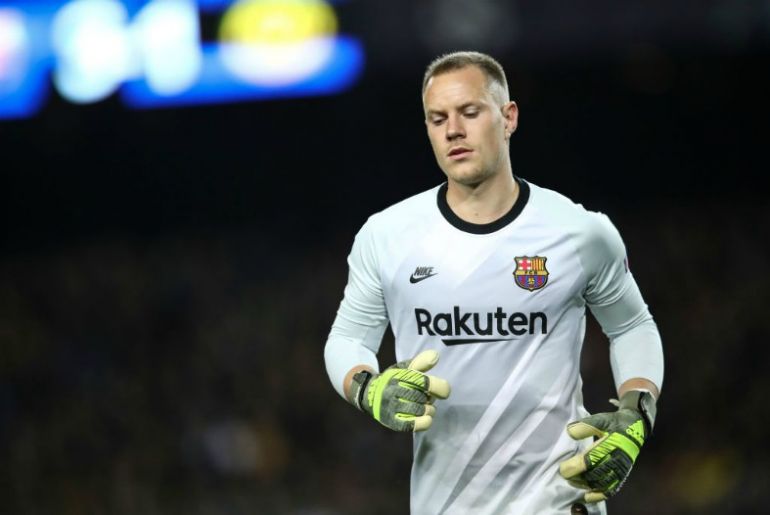 Barcelona have outlined a clear formula to ensure the 28-year-old is compensated like he wishes, this will see Ter Stegen’s wage rise yearly.

This is because the Catalan outfit can’t offer the terms that Ter Stegen wants from the get-go due to the financial losses incurred due to Covid-19, meaning that an increasing scale will be used to ensure that the stopper’s average salary over the course of the new deal meets the star’s demands.

This is a smart negotiation method that we wouldn’t be too surprised to see becoming the norm for clubs in the near future; Barcelona don’t have to part with an excessive salary whilst they’re dealing with the financial aftermath of the pandemic, but Ter Stegen will get what he deserves due to a yearly rise.

Ter Stegen is right in the mix as one of the world’s best goalkeepers alongside the likes of Alisson, Jan Oblak and Thibaut Courtois – the German thoroughly deserves a bumper new deal.

The ace has also become a key player for the Blaugrana, sealing Ter Stegen to new terms will ensure that the side aren’t at risk of losing the most important piece of their defensive line anytime soon.