According to Spanish outlet Mundo Deportivo, with Celta Vigo unable to meet Barcelona’s price-tag of €16m for Rafinha, Inter Milan are reportedly keen on negotiating a deal for the versatile midfielder.

Rafinha has spent the season with Celta, scoring four goals and contributing two assists, but the La Liga side can’t afford to meet the permanent option of €16m for the ace.

Mundo Deportivo (MD) add that Celta simply can’t afford to go any higher than €10m for the 27-year-old, Barcelona are holding out for more, despite Rafinha having just one year left on his contract.

MD add that an unnamed Italian club, thought to be Inter, have now reignited their interest in the Brazilian, however they too aren’t willing to meet Barcelona’s €16m valuation.

Rafinha spent the second-half of the 17/18 season with the Italian outfit, the ace performed well, scoring twice and chipping in with three assists in 17 Serie A outings. 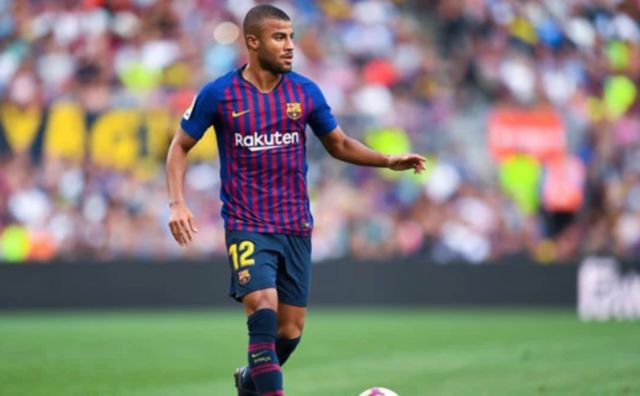 Injuries and competition in midfield has hindered Rafinha’s time at Barcelona.

MD add that any potential swoop for Rafinha from Inter Milan would be separate to Barcelona’s interest in talisman Antonio Conte.

It’s claimed that Rafinha is now on holiday and is waiting to assess his options, with Celta unlikely to return to the negotiating table.

Rafinha has played all around this season, the ace has been split between a traditional central midfield role and attacking midfield duties, the Brazilian has also featured quite a bit on the right-wing.

With the ace just 27, there’s no doubt that Rafinha is still someone who can be a quality player for sides that aren’t as big as Barcelona, the Blaugrana will be hoping this is reflected in a potential transfer fee.