Le10Sport report that Napoli are working on a deal worth a total of €25m for the 22-year-old defender, but the Red Devils are now trying to beat the Italian side and recruit Gabriel themselves.

Gabriel’s teammate Victor Osimhen is on the brink of sealing a €80m move to the Naples outfit, with the two sides also said to be reaching advanced negotiations for Gabriel’s signature.

United’s late interest in the left-footed centre-back could certainly throw a spanner into the works, the Manchester outfit are in serious need of finding a more reliable partner for captain Harry Maguire.

Le10Sport’s rumour come just a day after the Daily Record claimed that the Red Devils were asking to be kept informed on the offers coming in for the Brazilian. 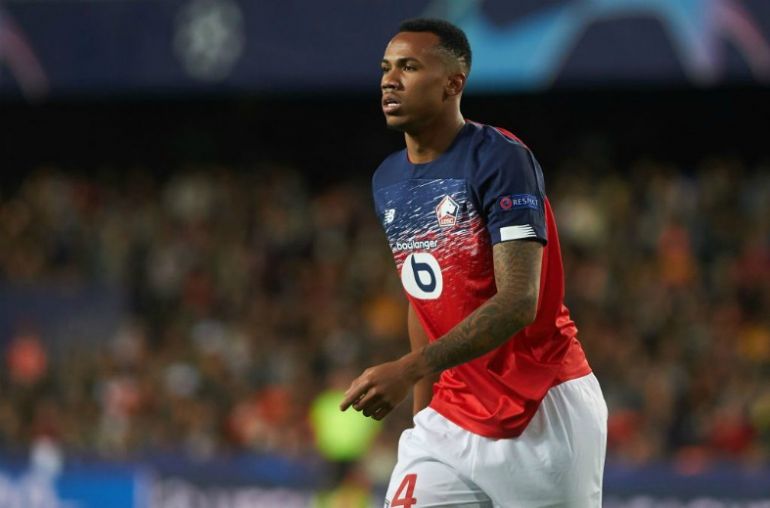 Gabriel Magalhaes has been solid for Lille this season.

Gabriel has been solid this season, the ace’s fine performances helped lead Lille to a fourth-placed finish in Ligue 1, the talent also played every minute of the French side’s Champions League games.

The 6ft3 defender seems like a very composed defender, Gabriel has shown plenty of promise as of late, which is why big clubs are circling for his signature.

If United are serious about reestablishing themselves as a Champions League side – and even one capable of making an outside challenge for the title – they need to improve considerably in defence.

The fact that Gabriel is left-footed also makes him an attractive option for top sides, talented centre-backs like this are hard to come by.