One Liverpool fan was denied big money by Manchester United ace Jesse Lingard following his goal in the 98th minute of yesterday’s game against Leicester City.

The Red Devils ace has had a hugely disappointing season but finally got off the mark with almost the last kick of the game – and the season – at the King Power Stadium yesterday.

As a result, see below for one Liverpool fan who lost a huge bet as a result… 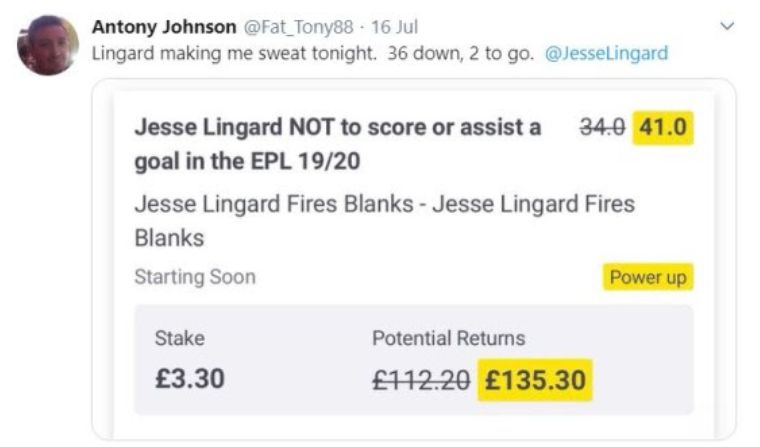 Newcastle increase offer to £50m for England international
Video: Koulibaly calls Chelsea legend for permission to use shirt number
Another club interested in Fofana as Chelsea and Leicester are £20m apart

Lingard will surely love knowing he wound up a Reds supporter, and other United fans will likely find it amusing.

Still, you’ve got to say, the joke is surely on Lingard really after such an ineffective season.