Boga, 23, has endured an impressive campaign for Italian side Sassuolo scoring 11 goals and assisting a further four in just 34 domestic appearances.

The exciting winger’s best moment of this campaign came when he scored a 30-yard wonder goal to help his side secure a 2-1 comeback against Torino back in January.

The Ivory Coast international has been closely monitored by some of Europe’s biggest clubs, including the likes of Manchester United, as recently reported by Stretty News.

However, this evening CaughtOffside have obtained information from a source extremely close to the player, who has confirmed that Napoli have reacted to Boga’s availability first and have launched a formal €22m bid. 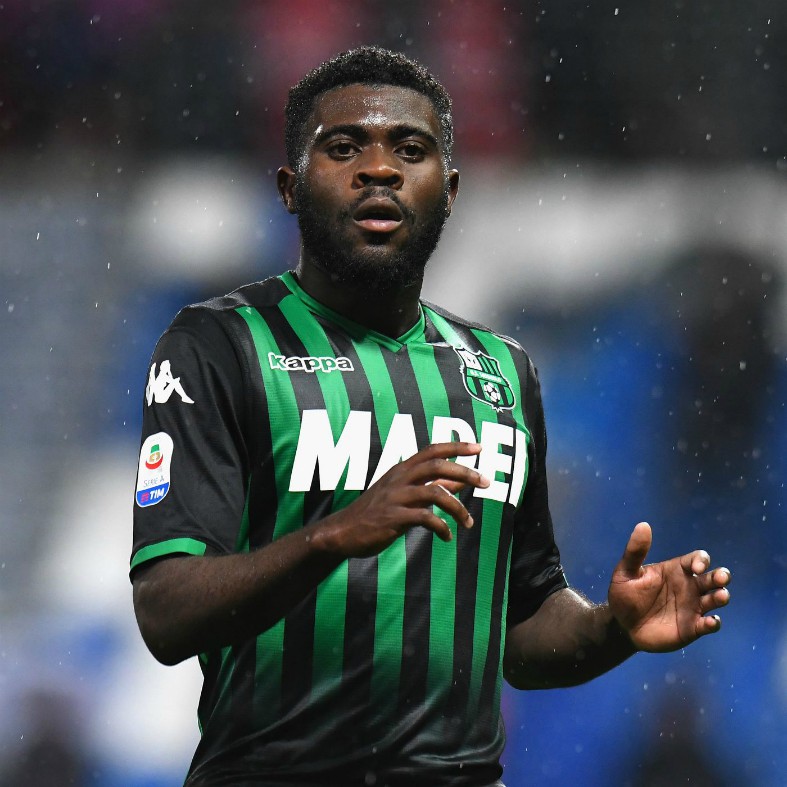 Jeremie Boga in action for Sassuolo

It is also our understanding that among the remaining clubs who are also seriously interested in acquiring the young talent are Borussia Dortmund, Bayer Leverkusen and Atalanta, with Man Utd’s interest thought to have cooled.

The Red Devils could do with strengthening in attack, but Stretty News previously suggested he was more of a Plan B option for the club, and it seems they’ve put this potential deal on ice for now.

Boga’s preferred destination, however, is believed to be Germany or England should a potential suitor decide to join the race, so it remains to be seen if he will be staying in Serie A or perhaps still move to the Premier League if United revive their interest or another club joins the running.