The Premier League season is over, and that means we have one final line up from pundit Garth Crooks.

Writing on BBC Sport, Crooks has selected his best XI of the 2019/20 campaign, with Liverpool unsurprisingly dominating with five players in the side.

Virgil van Dijk, Trent Alexander-Arnold, Andrew Robertson, Jordan Henderson and Sadio Mane all get in, though you could make a decent case for getting a few other Reds stars in there as well.

Manchester City goalkeeper Ederson over Liverpool’s Alisson is a bit of a questionable call, and Mohamed Salah has also had another superb season, perhaps looking more deserving than one of Raheem Sterling or Arsenal’s Pierre-Emerick Aubameyang.

Most surprising, however, is the inclusion of Harry Maguire in defence after a pretty underwhelming first season at Manchester United.

While the England international is undoubtedly a fine player on his day, he’s yet to really settle in and show his best at Old Trafford, and again you could argue another Liverpool player might be more worthy of a place, with Joel Matip excellent at centre-back for much of this season.

Here’s Crooks’ line up in full… 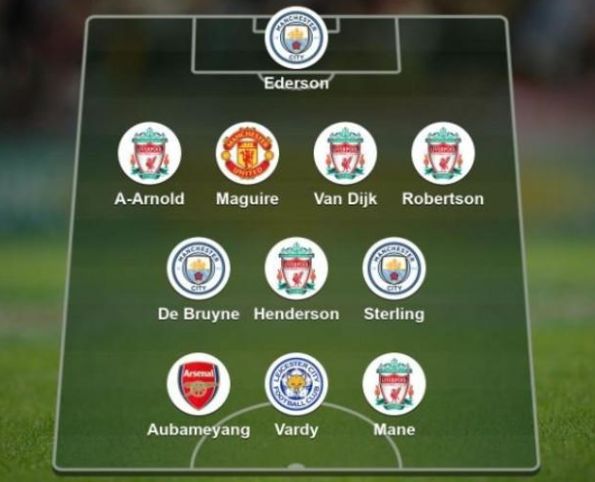