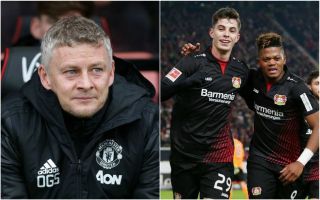 Manchester United reportedly felt Kai Havertz was too expensive when they showed an interest in him back in the January transfer window.

This is according to a report in The Athletic, who state Bayer Leverkusen wanted around £90million for Havertz, which led to Man Utd cooling their interest and focusing on other targets.

Still, Christian Falk of Sport Bild suggests this won’t put off Chelsea, who are now in an even stronger position to win the race for the Germany international after yesterday sealing qualification for next season’s Champions League…

After qualifying for Champions League: it can now go quickly with the deal of @ChelseaFC and @kaihavertz29. Leverkusen does not insist on participating of @kaihavertz29 in the Euro League. Now the negotations are getting hot

The Blues will be glad not to face competition from United for Havertz, who will surely go on to become one of the Premier League’s star players if he does make the move to England.

Kai Havertz looks set for a transfer to Chelsea

With Chelsea and United fighting for a top four spot this season and likely to be among the contenders for the title next term, getting their signings right this summer is crucial.

Havertz could surely have improved Ole Gunnar Solskjaer’s squad, so Chelsea will be pleased if they can bring in this ideal long-term Eden Hazard replacement without too much of a threat from their rivals. 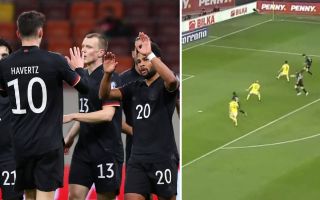