According to the Sun via Portuguese outlet A Bola, Arsenal are on the brink of sealing the signing of Sporting Lisbon starlet Joelson Fernandes.

A Bola claim that Arsenal chiefs were expected in Lisbon between Monday and Tuesday, with the task of completing the agreement for the 17-year-old’s transfer to the north London outfit.

It’s reported that Joelson’s agent, Kia Joorabchian – who has close ties with the Gunners – is part of their travelling party to seal the deal.

A Bola report that Arsenal have agreed to pay the winger’s €45m release clause, leaving the ace free to discuss personal terms with the Gunners.

Arsenal’s heightened advances for the ace may be due to interest from Juventus and Barcelona. 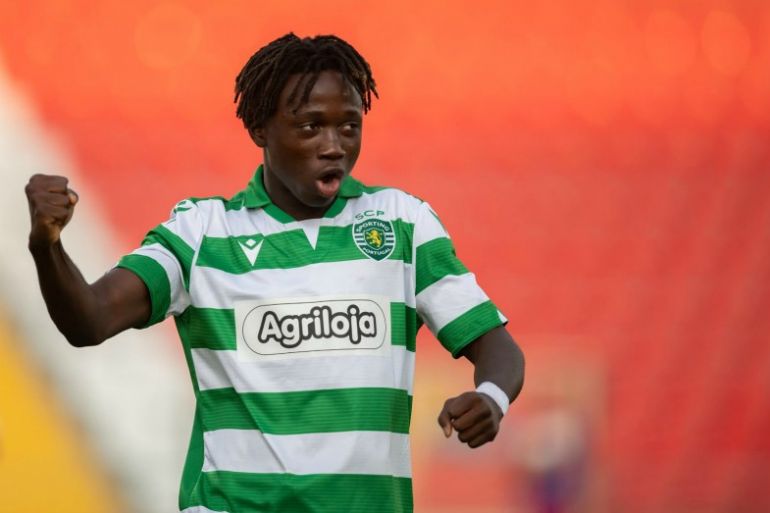 This update is certainly surprising, A Bola only reported a few days ago that Arsenal were only willing to pay around €15m for Joelson, who is contracted until the summer of 2022.

It would seem unusual for negotiations to move in the space of a massive €30m in just a short space of time, perhaps this update should be taken with a pinch of salt – or Arsenal have the quickest negotiators.

After impressing for Sporting’s Under-23s this season – Joelson scored five goals and contributed two assists – the left-winger was brought into the first-team fold when Portuguese football restarted in June.

The Portugal Under-17s ace has been heavily linked with a move to the Emirates stadium over the past two months.

As much as Mikel Arteta’s side may need another wide option to compete with Nicolas Pepe, the Gunners already boast their own talented wide men in Gabriel Martinelli, Reiss Nelson and Emile Smith Rowe.

Shelling out €45m for a talent who has only played just over an hour of professional football seems like a very risky move by the Gunners.