According to the Sun, Leicester will now find it very difficult to persuade Ben Chilwell to stay at the King Power after failing to land Champions League football next season, in a key boost to suitors Chelsea.

It’s claimed that the East Midlands outfit hoped to convince the left-back to remain with the prospect of Champions League football, but their sloppy form in the second-half of the season has cost them.

The Foxes did finish 5th and will now have a place in the Europa League, but after such a solid first-half of the season this has to be seen as a disappointment of sorts for the club.

The Sun add that Manchester United join the Blues in eyeing the 23-year-old, who is heading into a crucial season of his career as he looks to defend his starting spot for England heading into the Euros. 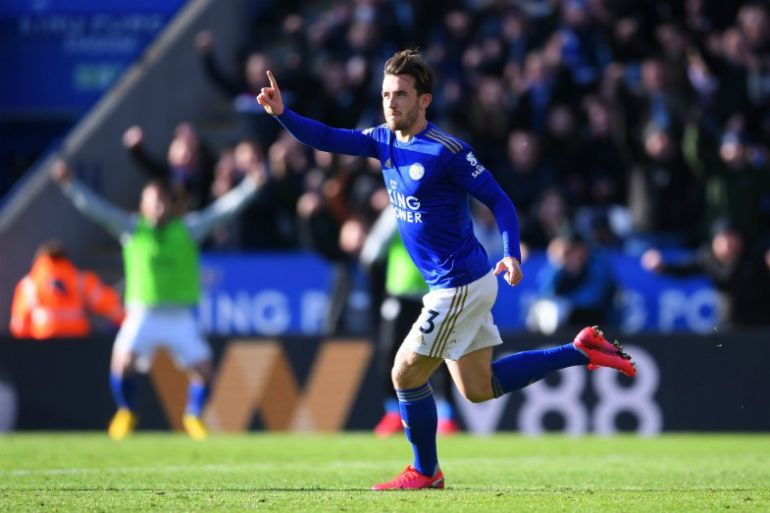 Ben Chilwell has been heavily earmarked as one of Chelsea’s prime targets.

Here’s Brendan Rodger’s latest response to rumours surrounding his stars, as per the Mirror:

“They may look to. It is something I am quite relaxed on. I am fortunate we have a talented group of players which I am sure will interest some.”

“All we can offer is a wonderful environment to come and play, develop, work in and improve as a player.”

“We will see where it goes from there over the course of the off-season.”

ESPN recently reported that Chelsea will focus their efforts on trying to sign Chilwell after they push forward with a move for German sensation Kai Havertz.

ESPN claim that the full-back, who has already won 11 caps for England, is valued in excess of £60m.

Left-back is a serious problem area for Frank Lampard’s side heading into next season, Marcos Alonso’s too unreliable defensively and Emerson Palmieri has now fallen out of favour at Stamford Bridge.

Chelsea’s shaky defending led to the side conceding the most goals of any side in the top-half of the Premier League, which is very worrying considering they finished 4th.

Speculation suggests that Chilwell is the side’s prime target to bolster in this area, the ace has the perfect combination of top-flight experience and youth to help take his game even further.

Chilwell has scored three times and chipped in with three assists in 27 Premier League appearances this term, taking the ace’s total career tally to 99 top-flight outings.

Chilwell is currently sidelined with a heel injury, the Mail report that the talent is set to also miss the start of next season with this issue, meaning that his 100th Premier League game could come for the Blues.