Football is full of players who are out of favour with their current clubs, so it’s incredibly important for them to make the right move for their career.

Every team is looking for a bargain so the prospect of signing someone who’s underappreciated and turning their career round is enticing, but a player can only fail at so many clubs before they get written off.

With that in mind, here’s a look at a squad of high profile outcasts who could really do with a transfer this summer: 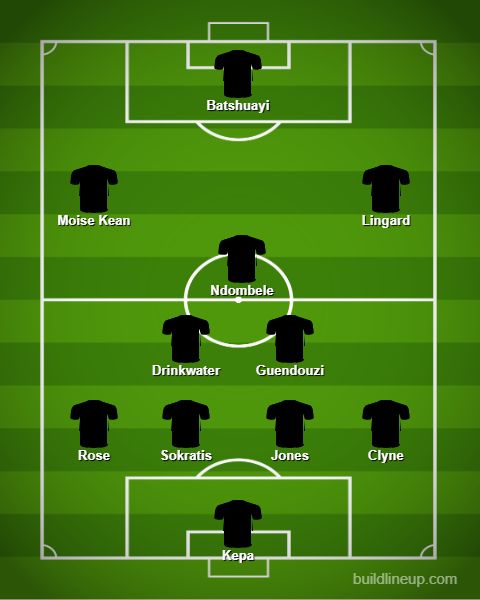 It’s an interesting list of names because it largely features players who have shown the ability to perform at the highest level for club and country, but things just haven’t gone well recently.

Kepa was the only choice as the goalkeeper – everyone is waiting for him to mess up and his confidence is shot, so the only solution for him is to go somewhere else and quietly rebuild his career and his confidence, probably in a different country.

The defensive options have all been viewed positively before but they would struggle to find a top ten team who would take them on just now. Clyne is a solid player who could by a useful addition if he stays fit, but Sokratis and Jones lack the ability to dominate and you know a mistake is just around the corner.

The midfield is more of a mixed bag. Matteo Guendouzi has attitude issues but could be a top class option for the future. He’s got energy and ability and he looked like a player Mikel Arteta could build around, but that’s no longer possible.

Tanguy Ndombele has suffered the fate of being the traditional Jose Mourinho scapegoat when he arrives at a new club, but the Frenchman actually looks like a great player and there’s a bargain to be had there.

The same can’t be said for Danny Drinkwater, who’s surely now fighting to save his career at the top level.

The two wide players could be interesting options, especially Jesse Lingard who could be a versatile and quality player if he gets his confidence back. Moise Kean is more of an unknown because he was brilliant for Juventus but awful for Everton, so it’s hard to know which one gives the most accurate description.

Michy Batshuayi could be a prolific starter if he actually gets a chance to play regularly, but he’s never managed to elevate himself above being a rotation option at Chelsea.

It’s hard to see any of these players staying with their existing clubs after this summer, so it will be interesting to see where they go.