According to Sky Sports, Manchester United have reached a crucial stage of new contract talks with Dean Henderson, with the ace in line for a lucrative new deal following a fine campaign.

Sky Sports claim that the 23-year-old’s future will become ‘clearer’ over the next two weeks, with it reported that United could make the ace one of the highest-paid goalkeepers in Europe.

It’s added that discussions have been ‘ongoing’ for several weeks now, with the Red Devils wishing to secure the stopper to a new five-year contract.

Henderson has spent the last two seasons with Sheffield United, after impressive performances in the Championship, the talent stepped it up further with some solid displays this season.

Sky Sports state that United’s contract offer to Henderson is one of the topics that chief Ed Woodward will discuss in budget talks with the Manchester outfit’s owners later this week. 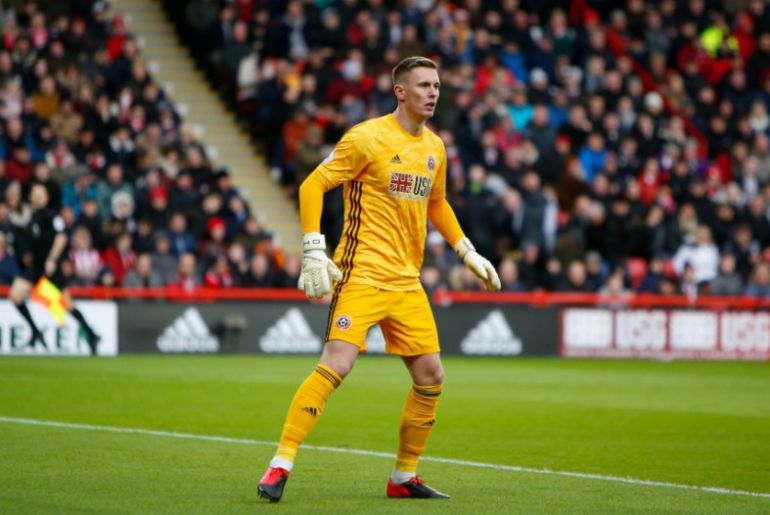 With David de Gea under question, calls for Henderson to become United’s No.1 from next season onwards have been rife between fans and pundits alike.

Sky Sports hint that Ole Gunnar Solskjaer may let Henderson battle it out for the starting spot next season, this sounds like an ideal plan on paper but it’s absolutely crucial he continues to get game time.

It’s unsurprisingly suggested that Sheffield United would like to take Henderson on loan for another season, but Sky Sports add that they’ll face serious competition this time around.

Chelsea are also reportedly keeping tabs on Henderson, with the Blues waiting in the wings and ready to swoop with an audacious move if the stopper fails to agree a new contract.

United signing Henderson to new terms is clearly meant to be a statement rather than a necessity as such, the ace still has two years left on his current deal – with United holding an option for a third year.

Signing the stopper to new terms would actually show that they’re serious about their plans for Henderson to be their No.1 in the future and would also act as a reward for his fine performances.

United would be wise to tie this up very soon, Henderson has already been called-up to England’s senior squad in the last international break and looked destined to have made his debut if it wasn’t for the Coronavirus pandemic halting international football indefinitely.

As soon as the youngster gets this first cap for the Three Lions, Henderson will have another bargaining chip to cash in during talks.