According to Goal via Norwegian outlet Dagbladet, Norway assistant coach Per Joar Hansen has hinted that re-signing Josh King could be a good decision by Manchester United as the ace knows the club.

The Bournemouth striker left the Red Devils’ youth ranks in 2013 to kickstart his professional career with Blackburn Rovers, the Norwegian was then snapped up by the Cherries two years later.

Goal reiterate that a return to Old Trafford for King was on the cards in January, as United saw a £20m bid for the ace rejected, ultimately leading to the loan capture of Odion Ighalo. 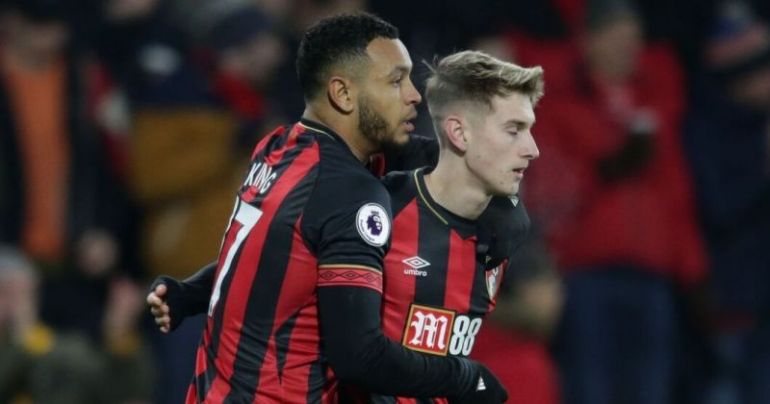 Josh King has been impressive for Bournemouth in the Premier League.

Here’s what Hansen had to say on King’s future:

“Now it’s like that in football that he has to think about whether he wants to be down or whether it’s time to move.”

“He has been there for five years now and has shown that he is a very good Premier League player. I doubt that he wants to go down one level, but we just have to wait and see.”

Hansen also gave his thoughts on a return to Man United for the forward:

“You should never say never. Ole Gunnar knows Josh well from the reserve team, and he has contributed to his development.”

“In addition, Josh knows well what United stands for. But we will not get bogged down in it, it will just be speculation.”

King has been a fine player for Eddie Howe’s side in the Premier League, the ace has bagged 48 goals and 14 assists in 161 top-flight appearances to date.

There’s no doubt that the 28-year-old has proven that he’s a solid Premier League player over the last couple of years.

Much like most of Bournemouth’s squad King has faced some difficulty this season, the ace contributed six goals and chipped in with four assists this season.

Whilst King, who Hansen reiterates knows what ‘United stands for’ would be a good addition, with Ighalo’s loan extended until January it remains to be seen whether the Red Devils will add another forward.