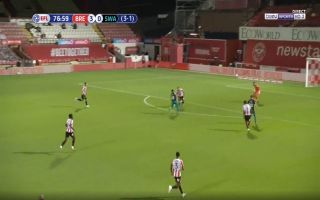 In the 76th minute of Brentford’s all-important playoff semi-finals second-leg against Swansea, Pontus Jansson made a foolish error in attempting to clear a dangerous ball with a back-heel flick.

Liverpool ace Rhian Brewster, who has been in fine form since joining Swansea on loan in January, was already chasing down the centre-back and showed his instinct to latch onto the loose ball.

Brewster made Brentford pay for Jansson’s mistake by putting the ball into the back of the net with a lovely lob, capitalising on goalkeeper David Raya being well off his line.

Take a look at the England youth international’s potentially crucial strike below:

Brewster has made a solid case to act as an important backup attacker for Jurgen Klopp’s title winners with his fine performances for the Welsh outfit. 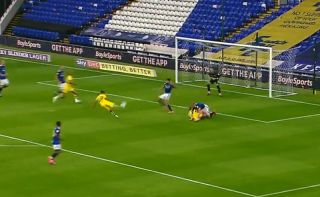