According to the Independent, Arsenal have been offered the chance to sign Philippe Coutinho permanently for just £9m, with Matteo Guendouzi heading to Barcelona in the opposite direction.

It’s claimed that the Gunners want Guendouzi gone this summer, the talented young central midfielder turned misfit when the Premier League restarted last month with his erratic and disrespectful behaviour.

It’s added that Arsenal’s transfer plans this summer will hinge on whether they triumph in the FA Cup final against Chelsea, as this will grant further money to be added to their budget on two fronts –  as it will also qualify them for the Europa League next season.

The Independent add that this deal could be attractive to the Gunners, especially as an attacking midfielder in Coutinho would be an ideal option if they fail to extend Dani Ceballos’ stay. 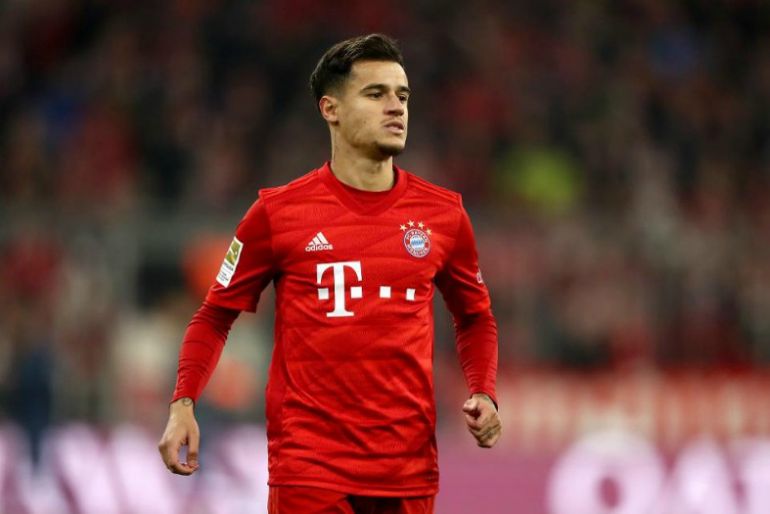 Coutinho has spent the season on loan at Bayern after a dismal time with Barcelona.

It’s claimed that Arsenal may find it difficult to sanction this player-plus-cash deal as Juventus are also keen on a swoop for Guendouzi.

This would of course be a massive transfer, it would also signal just how bad Barcelona’s signing of Coutinho has turned out to be – the Brazilian was signed from Liverpool for an initial fee of £105m, with the deal worth up to £142m, as per BBC Sport.

Barcelona have already pulled off one swap deal this summer with Miralem Pjanic heading to the Camp Nou and Arthur Melo joining Juventus.