According to the Telegraph (subscription required), Chelsea are amongst the top sides that are keeping tabs on world-class defender David Alaba, who could leave Bayern Munich on a free next summer.

Alaba is yet to agree a new deal with the Bavarians, with the 28-year-old waiting for the club to meet his demands of a salary to better reflect his status and standing as one of the best defenders around.

With the Telegraph reporting that Real Madrid, Barcelona, Manchester City, Paris Saint-Germain and Inter Milan are also keen on the ace, Alaba will certainly have the chance to test his value.

Surprisingly, despite the interest in Alaba’s services and ongoing contract uncertainty it’s hinted that Bayern would rather the ace leave on a free than sell him this summer.

With the Bavarians resigned to losing the €30m-rated Thiago Alcantara ahead of next season, it seems like the Bundesliga champions don’t wish to lose another key player in Alaba. 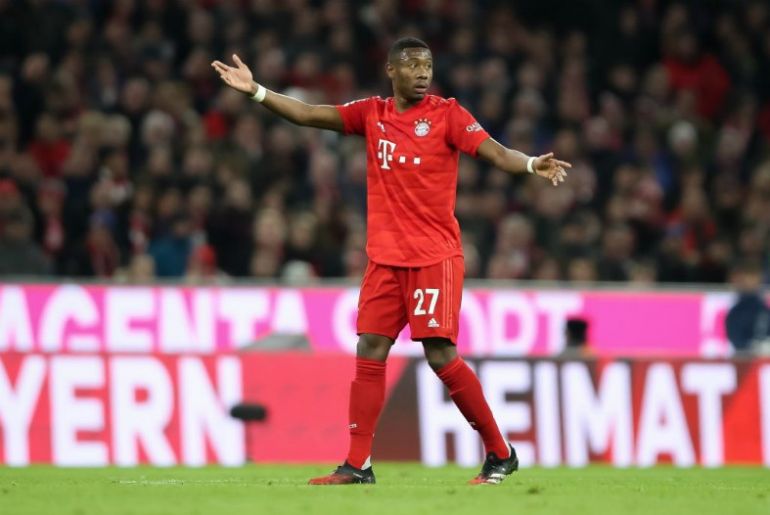 The Austria international has certainly proved that he’s one of the best defenders in world football since breaking into Bayern’s team a decade ago, so he certainly deserves to be paid as such.

The Telegraph report that Frank Lampard has identified left-back as a problem area to bolster in this summer given that Marcos Alonso is too much of a liability on the defensive side and that Emerson Palmieri has fallen out of favour.

With Lampard often calling on a three centre-backs formation with two wing-backs, Alaba actually be deployed as a left centre-back, with the Blues keen on Ben Chilwell this summer it would make sense.

Alaba has played the majority of his football at centre-back this season and first starred in this position when Pep Guardiola was in charge of Bayern, which makes City’s interest in the ace unsurprising.

Guardiola also deployed Alaba as a central midfielder on occasion, he’d be exactly the kind of quality and versatile option to improve any top club’s defence.

With Alaba having turned 28 at the end of June, the ace’s next contract will be crucial as it will take him into the latter stages of his career, hence the focus on the star being compensated fairly.