According to Saturday’s edition of Spanish publication Sport, Manchester City are keen on Barcelona ace Sergi Roberto as they look to bolster their full-back options ahead of next season.

Sport claim that Pep Guardiola’s current side have already expressed their serious interest in Roberto to the Catalan outfit, who would rather sell Nelson Semedo.

It’s said that the Citizens are prioritising a move for a versatile full-back this summer – Roberto certainly fits that bill with the 28-year-old featuring primarily at right-back or as a central midfielder.

Sport report that the Spain international remains happy at his boyhood club and does not wish to leave so it will certainly take City some doing to convince both the player and Barcelona. 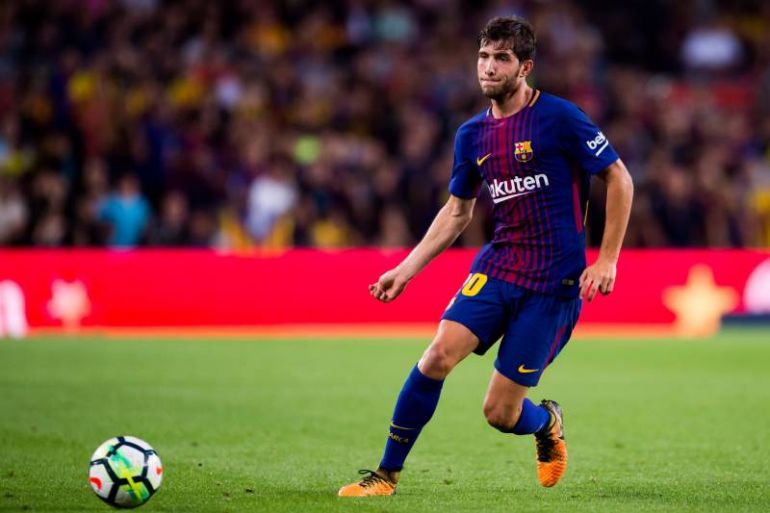 Ultimately, City’s lacklustre defence saw them post little challenge to rivals Liverpool for the Premier League title this season and it’s an area the side need to massively improve to continue their success.

Kyle Walker’s had the right-back spot nailed down ever since he joined from Spurs, but City’s weak spot is on the opposite flank – Joao Cancelo has deputised there recently after Benjamin Mendy’s woes.

Roberto has featured absolutely everywhere in defence and midfielder over the last two seasons, the ace has also made a couple of appearances as a left-back, defensive midfielder, centre-back and even right-winger.

It’s not surprising that Guardiola is eyeing the ace, he’ll know him well from his time as Barcelona’s boss.

Roberto is definitely technically-gifted and adaptable enough to be a solid performer for City across almost any defensive or midfield role.

Roberto has made 37 appearances across all competitions this season, scoring once and registering two assists.