According to ESPN, Ole Gunnar Solskjaer has urged Manchester United’s hierarchy to secure the signature of Jadon Sancho as soon as possible to avoid making same mistakes made as previous deals.

ESPN claim that Solskjaer doesn’t want the Red Devils to make the same mistakes as they did when recruiting Harry Maguire last summer.

It’s reported that executive vice-chairman and transfer chief Ed Woodward spent around two months attempting to negotiate a cut-price deal for the centre-back, Leicester of course stood firm and eventually got a world record fee for a defender of £80m for the ace.

ESPN claim that players and staff at United were ‘bemused’ by how much time had been ‘wasted’ in the Maguire deal, the ace could’ve had a much longer pre-season and subsequently time to settle. 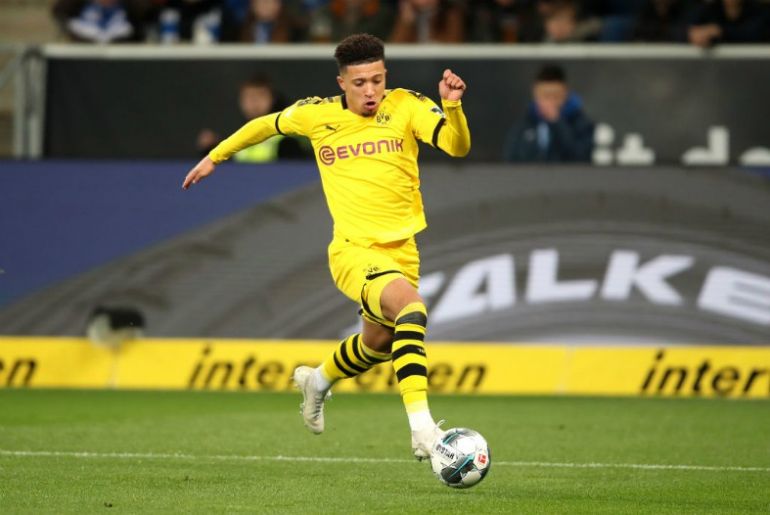 Jadon Sancho seems to be Man United’s No.1 target this summer.

The Sancho proceedings seem to be going down a similar path, with the Red Devils thought to be the only serious suitors for the sensation this summer, they’re once again trying to knock down the price.

The report suggests that Woodward wants to test the waters with a laughable £50m offer for the 20-year-old, with Solskjaer and his staff pleading with the club to make a more realistic opening bid.

ESPN state that Sancho is Solskjaer’s No.1 target for the next transfer window, considering the gap between the seasons will be shorter this year it’s much more important to get deals done swiftly.

It’s also reiterated that Woodward and United’s recruitment team made similar mistakes with the Bruno Fernandes deal, the ace joined at the end of the January window, despite his signature being prioritised well before the transfer window opened.

According to the Telegraph, Dortmund wish to have Sancho’s future resolved by August 10 – the date at which they’ll start their pre-season training camp. United will have to step up their efforts soon then.