Arsenal had been up against it in the early stages of the FA Cup final against Chelsea, but the Gunners had thought they’d equalised with a wonder goal from Nicolas Pepe.

The attacker saw his effort find the top corner with Chelsea keeper, Willy Caballero, not even bothering to move because the strike was so good.

However, Arsenal’s joy turned out to be short-lived as the linesman’s flag correctly ruled the strike out for offside. 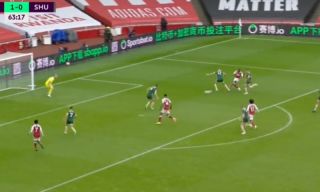