When Pierre-Emerick Aubameyang is in on goal, the result is almost always the same.

That was certainly true here as the Arsenal striker skipped past Kurt Zouma to find the back of the net with a delightful chip in the FA Cup final victory over Chelsea.

MORE: Arsenal star reveals what he heard Ian Wright shouting at him from the stands at Wembley

It seems it was such a sure thing that Aubameyang’s Arsenal team-mate Nicolas Pepe started celebrating before the Gabon international even took his shot, as you can see in the images above and below… 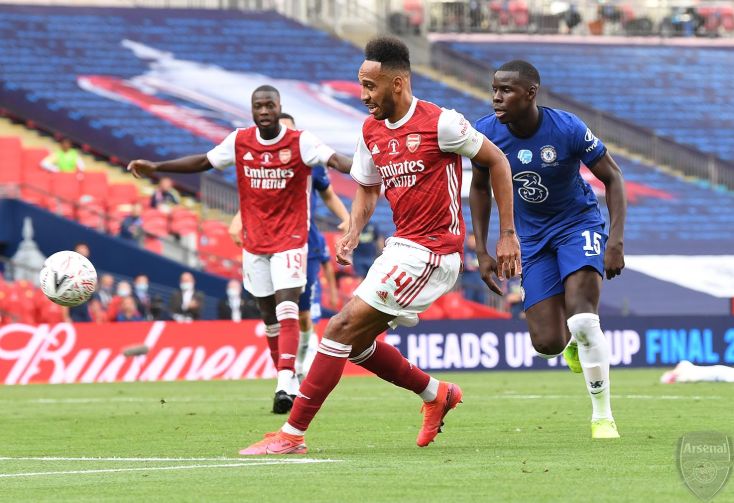 Pepe lifts his arms and simply watches on, waiting for the ball to hit the back of the net, rather than showing any attempt to follow the play, call for the ball, or perhaps anticipate any rebound.

You can also see in the image at the top of the article that Chelsea midfielder Jorginho looks pretty resigned to the ball going in as well.

Yep. Aubameyang really is that good that everyone knows it’s a goal before the player himself has even struck the ball!