Chelsea legend John Terry has slammed the refereeing decisions that went against his old club in yesterday’s 2-1 FA Cup final defeat to Arsenal.

The former Blues captain, currently on the coaching staff at Aston Villa, will no doubt have been eager to see his former side lift the FA Cup at Wembley on Saturday evening.

However, a brace from Arsenal striker Pierre-Emerick Aubameyang secured a 2-1 win for the Gunners and a fourth FA Cup in seven seasons for the north London giants.

Terry clearly felt, however, that luck was not on Chelsea’s side as there were some questionable decisions that seemed to favour Arsenal on the day.

Taking to Instagram, Terry sent out this message below… 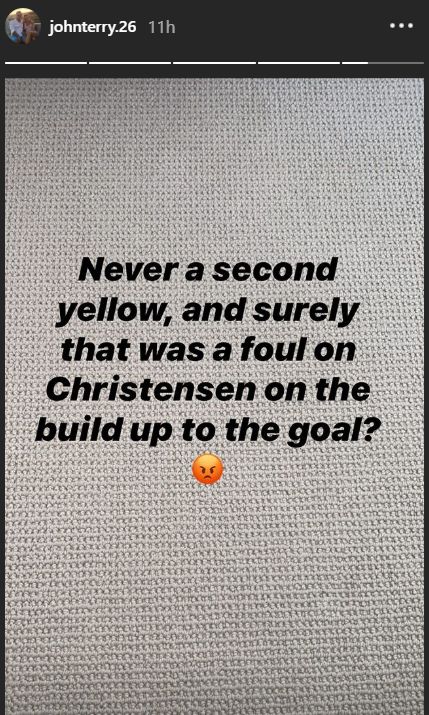 Terry clearly feels the red card for Mateo Kovacic was harsh, and that Andreas Christensen was fouled in the build up to Aubameyang’s second goal.

Terry lifted a few FA Cups and many other major honours during his time at Stamford Bridge, but this ended up being a pretty disappointing season for CFC.

The Blues failed to win any silverware, and were never in the title race, even if securing a top four finish will go down as a decent achievement.