Chelsea winger Willian has been the subject of plenty of transfer rumours recently as he approaches the end of his contract at Stamford Bridge.

The Brazil international would no doubt be a tempting signing on a free for many clubs, and Arsenal could do with bolstering their options in the attacking midfield department next season.

Many Arsenal fans will be interested, in that case, to see that Willian was chatting with Gunners players such as Gabriel Martinelli at yesterday’s FA Cup final.

Willian was part of the defeated Chelsea squad at Wembley, but he’s been linked with Arsenal and this is perhaps a sign that he’s preparing for a move from west to north London… 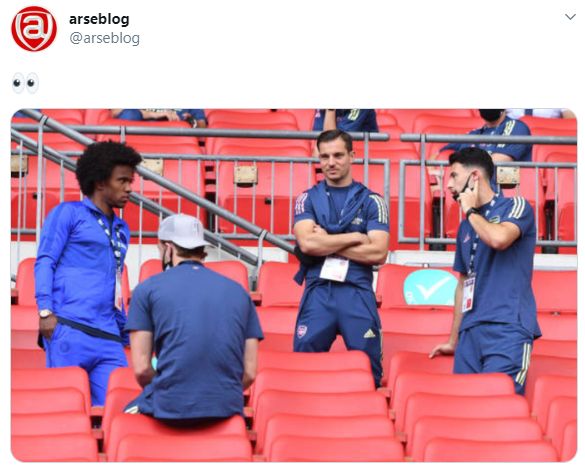 Willian has shone for Chelsea down the years and could be a useful signing for Arsenal after an inconsistent campaign from the likes of Nicolas Pepe, Mesut Ozil and Reiss Nelson.

The 31-year-old has also been linked with the likes of Manchester United and Barcelona, however, so Arsenal may face competition for his signature.