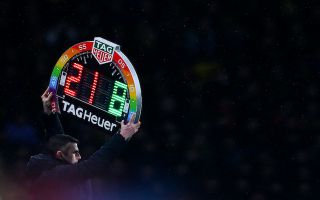 The ongoing COVID-19 pandemic has disrupted sport as much as it has every other aspect of life with football being no exception. In order to get the beautiful game back up and running earlier this year, new rules had to be put in place, one of which was an increased number of allowed substitutions from three to five. However, as English clubs now prepare for the 2020-21 season, many of those at the top are seeking to persuade Premier League chairmen to retain the ruling.

According to The Times, one of the clubs leading the fight to ensure the five substitutions rule is kept next season is Frank Lampard’s Chelsea.

It is understood that all 20 Premier League clubs are set to meet as early as Thursday this week to discuss the possibility of extending the new rule to at least next season.

From all 20 top-flight clubs, 14 need to agree in order for the ruling to be maintained with Aston Villa’s believed to be one of the clubs strongly opposing the proposal.

It is believed that Dean Smith’s Villa consider five substitutions per game to be an advantage for the league’s bigger clubs who have a greater squad depth; a luxury which the lesser clubs do not always have.

Standing alongside Aston Villa in their rejection claims are believed to be West Ham, Sheffield United and Sean Dyche’s Burnley.