Chelsea fans will no doubt still be feeling the disappointment of losing to Arsenal in Saturday’s FA Cup final, with Pierre-Emerick Aubameyang’s double capping a deserved victory for the Gunners at Wembley.

Still, even if the result serves as a reminder of the improvements Chelsea need to make next season, there is no need for a big panic just yet.

Yes, Chelsea were far from at their best for much of the game at Wembley, but on another day they might still have had a bit more luck on their side as well.

Much has been made of the performance of referee Anthony Taylor in this big game, and it’s hard to ignore the fact that Chelsea had to play with ten men due to a very harsh red card for Mateo Kovacic, while there’s also a strong argument that Aubameyang’s winner should have been ruled out due to a foul in the build-up.

As much as Chelsea could have done more to control their destiny, these are clearly game-changing decisions, and Frank Lampard’s side will be justified in feeling very hard done by.

For his first season managing at this level, Lampard has shown he’s surely up there with the finest young managers in the game at the moment.

The 42-year-old took over at Stamford Bridge in far from ideal circumstances, with last summer’s transfer ban meaning he was unable to put his own stamp on this squad, or even replace the departing Eden Hazard.

It was just two years ago that a more experienced coach in Antonio Conte finished out of the top four with a better squad than this one, and Lampard has shown he can come out on top of the very biggest names in management, having beaten each one of Pep Guardiola, Jurgen Klopp, Jose Mourinho, Mikel Arteta and Ole Gunnar Solskjaer this season. 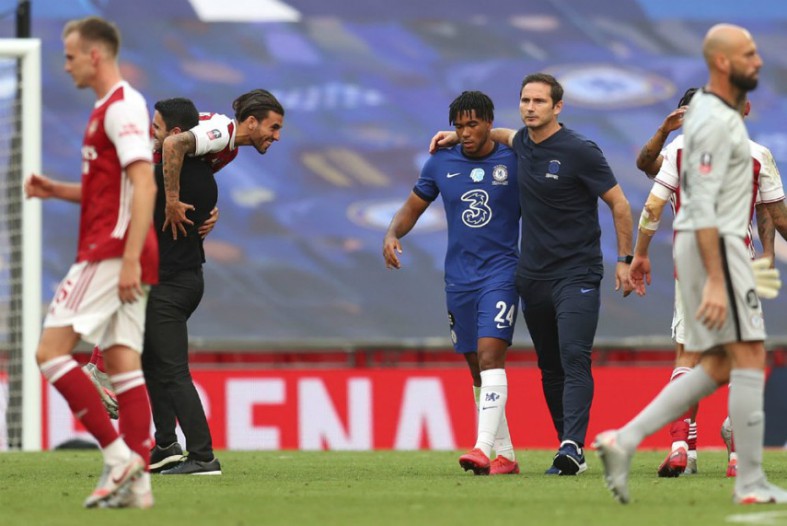 New signings on the way

As an extension of that previous point, Lampard will have better players to work with next season after the constraints imposed on him last summer. Chelsea have already very much got their chequebook out this summer, securing early deals for top class attacking players Timo Werner and Hakim Ziyech.

The west London giants have shown their intent and it seems unlikely they’ll stop there, with the defence and goalkeeper issues surely set to be sorted next. Remember that Lampard had to choose between the highly unconvincing duo of Kepa Arrizabalaga and Willy Caballero for the cup final, ultimately setting for the latter.

If Chelsea get a new ‘keeper, and perhaps a centre-back and left-back to follow up the Werner and Ziyech signings, it’s hard to imagine they won’t be a force to be reckoned with in 2020/21.

Luring the big names Chelsea need will no doubt be helped by the achievement of qualifying for the Champions League for next season.

It’s been a disappointing European campaign for the Blues this term, but it’s vital for the club to be playing at that level in the near future, with new boys Werner and Ziyech showing they can shine alongside the best clubs and players on the continent.

Of course, Chelsea are still in this season’s Champions League, even if they are 3-0 down on aggregate against Bayern Munich going into their second leg. Then again, this is a club that have done the seemingly impossible against these opponents before…