Chelsea and Manchester United are reportedly potential suitors for Wilfried Zaha as his asking price is cut to just £30million.

However, Crystal Palace have not currently had any serious takers for the Ivory Coast international, while Arsenal’s interest has cooled due to the emergence of wonderkid Bukayo Saka this season, according to the Sun.

Zaha has been one of the finest attacking players in the Premier League in recent times, and it’s easy to see how he could be a hit for a bigger club.

The Sun suggest Palace could now accept a cut-price deal to let Zaha go, and it’s somewhat surprising to see that there isn’t more interest in snapping him up.

The 27-year-old is mentioned as being a reported target for Chelsea and United, but it’s unclear if interest is particularly strong from either side. 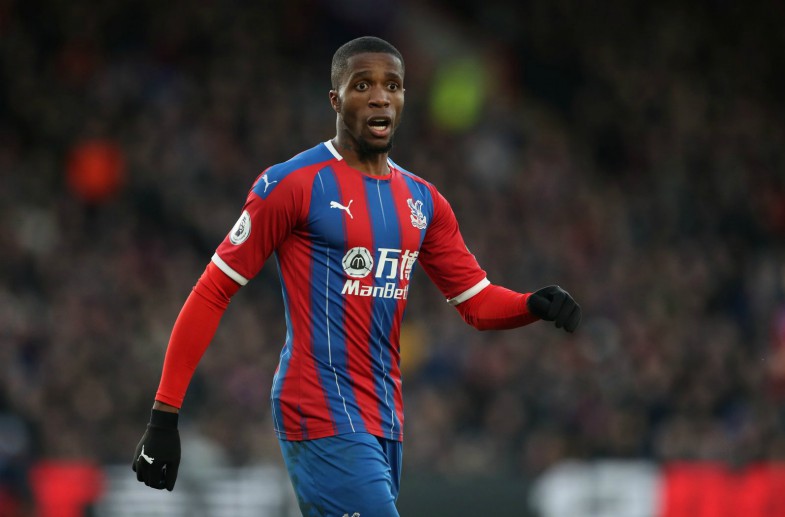 Wilfried Zaha is available for £30million this summer

Frank Lampard has had a busy start to the summer with deals already done for Timo Werner and Hakim Ziyech, so another similar signing up front might not be a priority now.

United, meanwhile, are being strongly linked with an imminent move for Borussia Dortmund winger Jadon Sancho by the Independent and others, so may also not have a great need to move for Zaha as well.

Arsenal have a decent list of attacking players, but some might argue there’s room for Zaha as well after a disappointing debut season from last summer’s big signing Nicolas Pepe.

It seems the Gunners are favouring a move for Willian, however, with ESPN suggesting they could complete a free transfer swoop for the Chelsea attacker imminently.