Suddeutsche Zeitung (SD) have published a damning article regarding Manchester United’s interest in the 20-year-old, claiming that he’ll ‘probably’ stay, whilst also labelling the wide rumours as ‘fake news’.

Dortmund CEO Watzke has told SD that there’s been ‘no contact’ between the Bundesliga outfit and the Red Devils regarding a transfer, adding that there hasn’t even been indirect talks through intermediaries.

This update comes less than a day after reliable journalist Fabrizio Romano claimed that Ole Gunnar Solskjaer’s side were close to agreeing a deal for the tricky attacker.

Romano reported via the Guardian that the Red Devils are expected to pay an initial fee of £90m for the ace – which will be paid in three instalments, with the deal including a further £18m in potential add-ons. 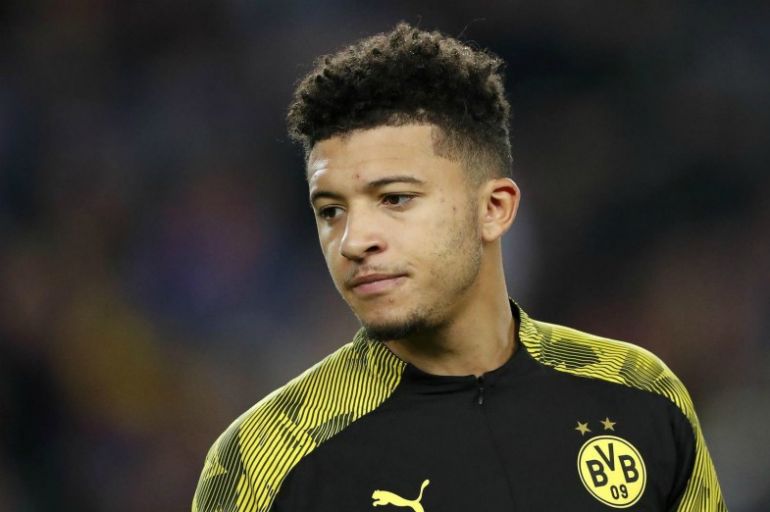 Jadon Sancho’s been heavily linked with a move to Manchester United.

Here’s what Watzke had to say on the rumours:

“So far, there has been no contact between Borussia Dortmund and Manchester United in terms of Sancho. Also not indirectly or through alleged intermediaries.”

Sporting director Zorc echoed his colleague’s thoughts with his own comments:

“I assume that Jadon will go to the training camp on Monday and play with us for the coming season. I don’t expect any difficulties. Jadon has accepted that, he’s a very pleasant, fair guy.”

SD round off their critical report by suggesting that United will never actually meet Dortmund’s €120m demands for Sancho, claiming that they’ll table an unacceptable low-ball offer just to please the fans.

Sancho continues to be heavily linked with a move to Old Trafford, the ace seems ready to return to England three years after leaving Manchester City and embarking on his Bundesliga journey.

Sancho contributed 20 goals and 20 assists in 44 appearances across all competitions this term, it’s clear that the ace needs a more difficult challenge and a bigger platform (PL) to showcase his skills.

It’s hard not to take this update with a pinch of salt, high-ranking Dortmund officials are hardly allowed to come out and confirm that a transfer is close, this could just be a smokescreen to draw out talks.

Here’s an equally damning take on Watzke’s comments particularly from out friends at Stretty News.