According to Spanish publication AS, it remains uncertain as to whether Eden Hazard will be fit and ready for Real Madrid’s crucial Champions League second-leg tie against Manchester City on Friday.

The Belgian superstar has been named in Zinedine Zidane’s 24-man matchday squad for the all-important clash, AS report that Hazard still feels some discomfort in his right ankle.

Hazard was not risked for Real Madrid’s final league game over two weeks ago against Leganes, AS add that the 29-year-old is still not at 100%, but Los Blancos feel he can still make a difference. 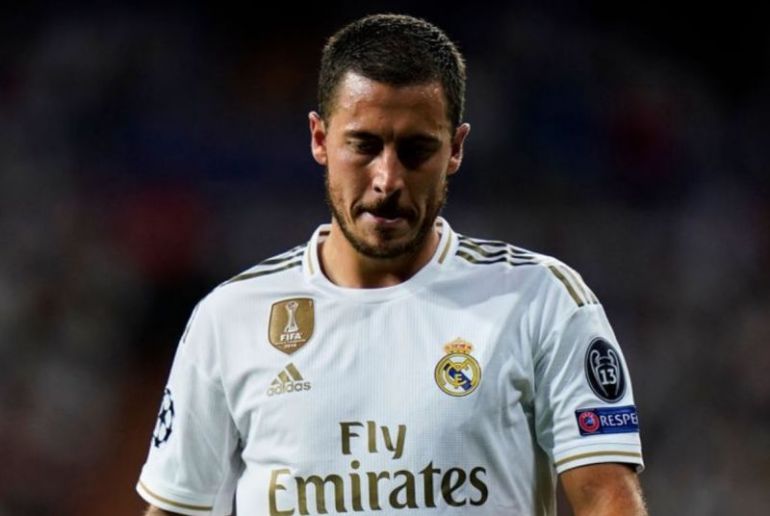 Hazard’s debut season with Real Madrid has been a disaster.

Zinedine Zidane will have to take risks on Friday night, which could perhaps hint that Hazard will play some part regardless of whether his condition improves before then.

Los Blancos are down 2-1 after their loss to Pep Guardiola’s side on home turf in February, they’ll also be without captain and big-game performer Sergio Ramos.

It will take some doing for Madrid to overturn their deficit and get the better of the Citizens, it sill remains unclear just how much a part in that mission Hazard will play though…