According to the Mirror, Norwich’s interest in wantaway Liverpool talent Yasser Larouci could help the Reds seal a deal for promising full-back Jamal Lewis this summer.

The Mirror report that the Reds are lining up a £10m bid for the Canaries starlet, the 22-year-old was one of the brighter sparks of Norwich’s doomed Premier League campaign.

Jurgen Klopp has shown a tendency to sign relegated players during this time at Liverpool, with Gini Wijnaldum, Xherdan Shaqiri and Andy Robertson all joining the Reds after their ex clubs were sent down.

Robertson has developed into one of the world’s best left-backs since joining the Merseyside outfit from Hull, with Lewis mooted as a player with similar qualities as the Scotsman.

It’s suggested that Norwich’s interest in Larouci could help Liverpool’s chances of signing Lewis, the French-Algerian will leave this summer in search of first-team football.

The Mirror claim that Liverpool’s recruitment team are massive admirers of Lewis, with the report adding that the full-back is the ‘most likely candidate’ to become the Reds’ first summer signing.

Klopp is in need for more competition for Robertson at left-back, but after being a key start in the top-flight for Norwich, Lewis may not wish to play second-fiddle to anyone at this stage of his career.

A potential swap deal would make sense for both sides, Liverpool seem to be working on a restricted budget this summer so spending less cash on Lewis is of course ideal, the Canaries on the other hand would have an immediate replacement for the Northern Ireland international in Larouci. 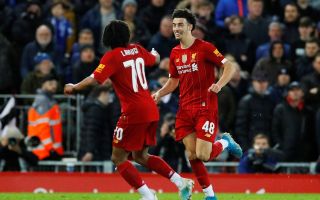 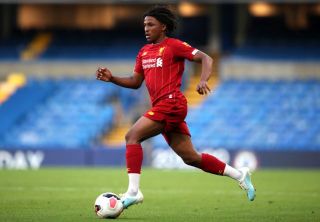