Arsenal are reportedly set to hold key transfer talks today as they move ahead of their rivals to try to sign Lille starlet Gabriel Magalhaes.

The Gunners have been strongly linked with the talented 22-year-old recently, and now seem to be in pole position ahead of the likes of Manchester United, Everton and Napoli, according to various sources.

One key update is now in, with the tweet below stating Arsenal will hold a crucial meeting today to try and finalise a deal for Gabriel.

As they note, the Brazilian has been the subject of a big-money offer from the north London giants as Mikel Arteta has identified him as a priority target… 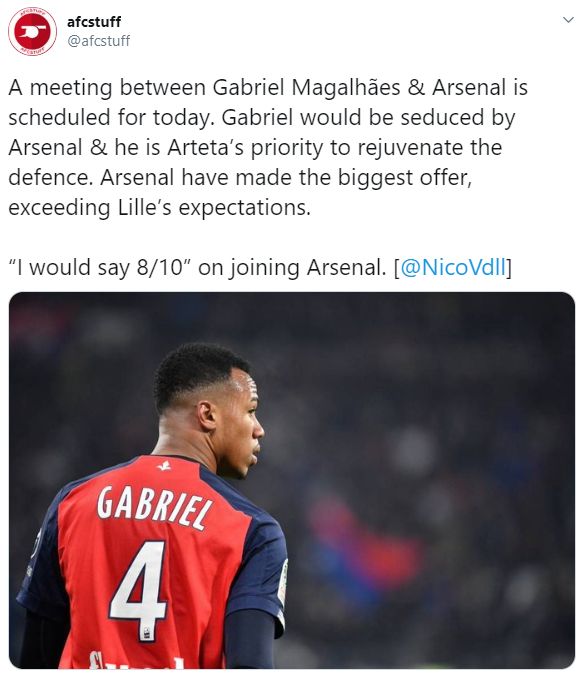 Gabriel to Arsenal is now rated as very likely, with a source stating it’s looking 8/10 to go through this summer.

This would be a big boost for AFC, who urgently need upgrades on defensive flops like David Luiz, Shkodran Mustafi and Sokratis Papastathopoulos.

Arsenal also have William Saliba back from loan, with the young Frenchman looking another superb young talent.

Together, Saliba and Gabriel could form a key partnership for Arteta’s side for many years to come.