According to Football Espana via Spanish publication Marca, Arthur Melo will return to Barcelona with the intention of terminating his contract with the Catalan outfit early, as he prepares to join Juventus.

Marca report that the midfielder is set to return to Barcelona in the next 24 hours, the ace has already pre-agreed a move to the Italian champions and caused controversy earlier this week…

The 23-year-old refused to take part in a team training session, with Arthur absent, Barcelona opened legal proceedings against the ace with the hope of punishing the midfielder financially.

Marca add that the Brazilian didn’t like the way in which his transfer to Juventus was handled by the club, with Arthur unwilling to feature for the Blaugrana again. 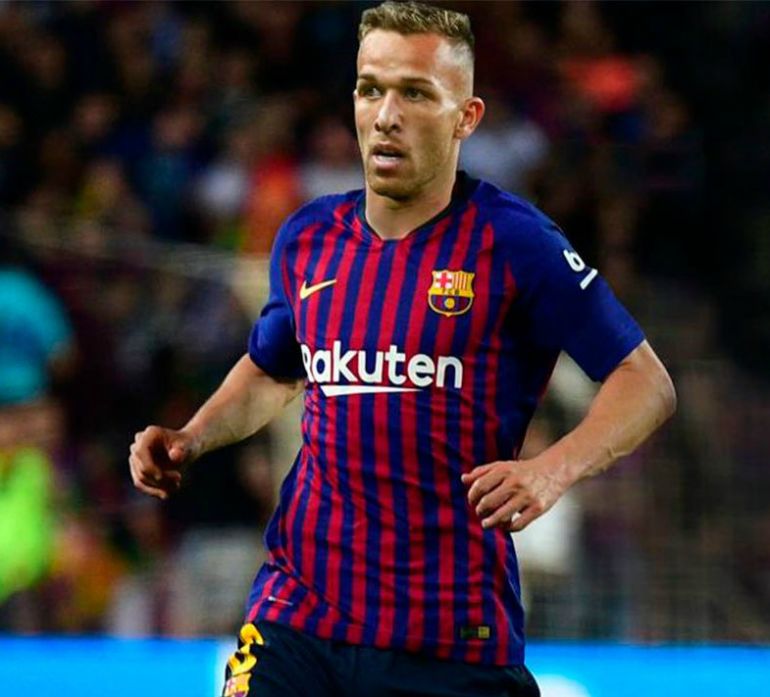 Arthur in action for Barcelona.

Arthur heads to the Turin outfit in a player-plus-cash deal which will see playmaker Miralem Pjanic join Quique Setien’s side.

Arthur did not feature at all for the Blaugrana after his exit was confirmed, whilst he may be angry with the handling of his transfer, he’s doing himself no favours by kicking up a fuss.

As he embarks on the next step of his career, Arthur appears to have presented himself as anything but a model professional, something that could hinder him down the line.