According to the Mirror, Liverpool have seen a £10m bid for Norwich City ace Jamal Lewis turned down, with the Canaries reportedly valuing the 22-year-old at £20m.

The Mirror report that the Reds saw their offer rejected on ‘Friday afternoon’, with the report also suggesting that the Norfolk are already eyeing replacements for Lewis.

The Athletic’s James Pearce first revealed news of the bid for Lewis from the Reds – which included a ‘substantial sell-on clause’ just a couple of hours ago.

As per the Athletic (subscription required), the left-back is ‘desperate’ to join the Premier League champions, with Lewis even happy to initially act as superstar Andy Robertson’s backup.

The Mirror suggest that the Reds could offer Norwich Yasser Larouci in a player-plus-cash deal for Lewis, but the Athletic dashed these claims earlier. 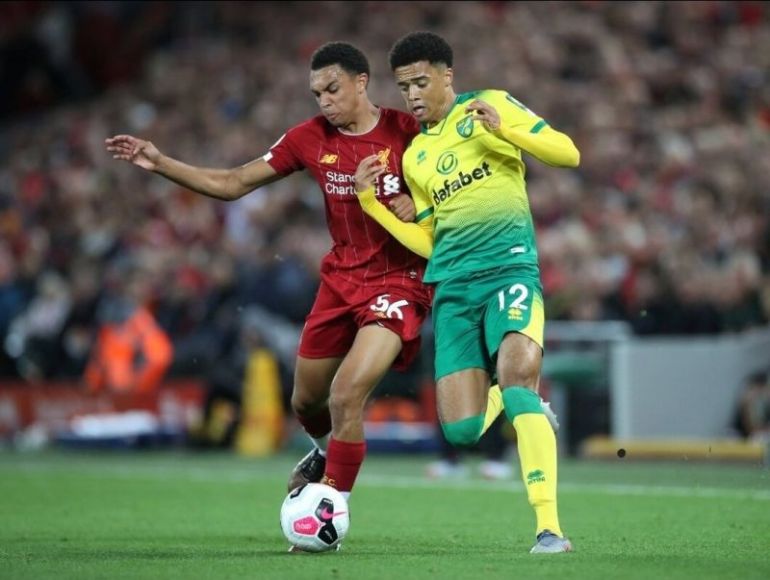 The Athletic add that Norwich already have an in-house replacement for Lewis, talented prospect Sam McCallum who joined the Canaries for £2.5m in January.

Lewis, alongside full-back partner Max Aarons, was one of the few bright sparks in a season which saw Norwich relegated, the Northern Ireland international enjoyed an encouraging debut top-flight season.

Jurgen Klopp’s side need a more like-for-like backup to Robertson, veteran midfielder James Milner has performed well when deputising but this often leads to the Reds shifting away from their usual style.