Chelsea fans appear to have been sent into overdrive after old tweets from rumoured transfer target Sergio Reguilon seem to suggest that the left-back is a Blues supporter.

ESPN reported earlier that Frank Lampard’s side are in advanced talks to sign the ace from Real Madrid, Reguilon has impressed whilst out on loan at Sevilla this season.

ESPN add that it’s not yet clear whether the 23-year-old is being mooted to head to west London in a loan move from Los Blancos or a permanent deal worth €25m.

Tweets from the business end of the 2011/12 Champions League campaign have surfaced which hint that the full-back is in fact one of the Blues faithful.

Reguilon tweeted ‘Come on Chelsea that’s it’ whilst they were beating Barcelona in the semi-finals of Europe’s elite club competition, he followed that up with a post a month later celebrating the Blues’ triumph against Bayern Munich in the final.

We’ve linked and screen-shotted the tweets down below, we’ve got a feeling that this might be the kind of social media activity that ends up being deleted to save face: 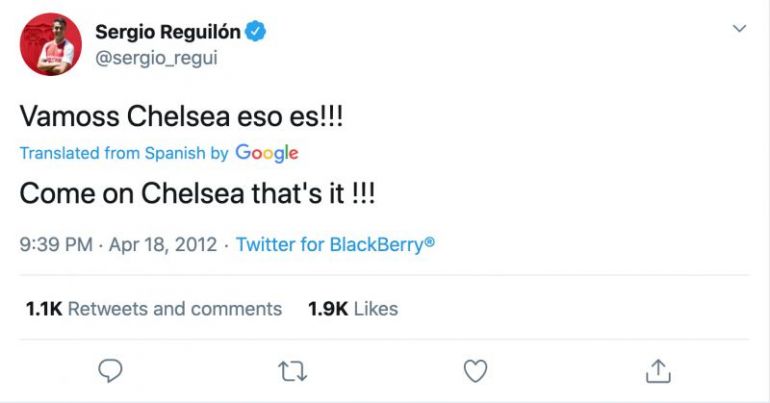 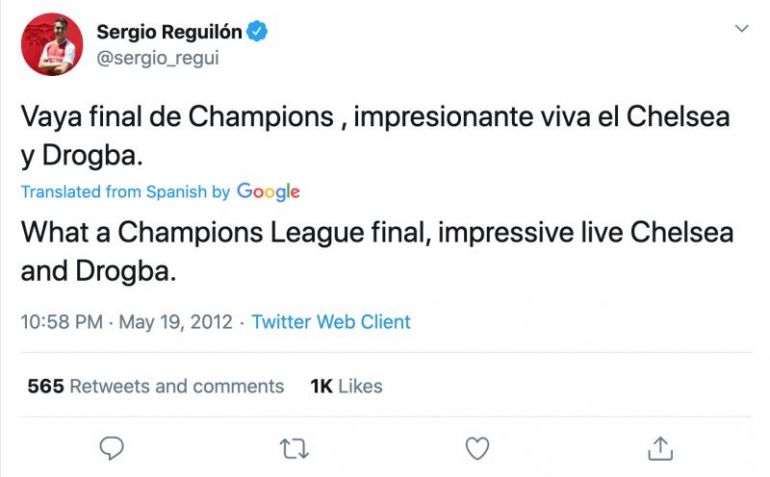 The tweets may be exaggerated from the Chelsea supporters though, as the Spaniard’s Real Madrid affiliations would explain both posts – even though they’re still quite surprising.

Bayern Munich knocked out Los Blancos on the way to the final, whilst Chelsea overcome the Madrid outfit’s heated rivals Barcelona at the same stage.

The ace, who has been in Spain’s senior squad but is yet to win a cap, has scored three times and chipped in with four assists in 35 appearances across all competitions.

Frank Lampard’s side need to massively improve defensively next season, they conceded the most goals of any side in the top-half this term.

Left-back has proved to be a particularly problematic position for the Blues, Marcos Alonso is shaky on the defensive side of the pitch whilst Emerson Palmieri has fallen completely out of favour at the Bridge.

€25m seems like a bargain price for someone that’s shown that he’d a worthwhile successor to Marcelo at Real Madrid, these hopes were dashed when Ferland Mendy was signed for big-money though.