Arsenal fans haven’t had many reasons to feel positive for a long time, but the advancement under Mikel Arteta suggests they can start to dream again.

The FA Cup final was impressive for many reasons, but mainly because they showed they can beat better teams on the biggest stage – something they didn’t do under Emery or Wenger in his final years.

If they want to establish a title challenge then they will need to find more consistency in attack and defence, but that could be possible if they complete three touted signings and line up like this: 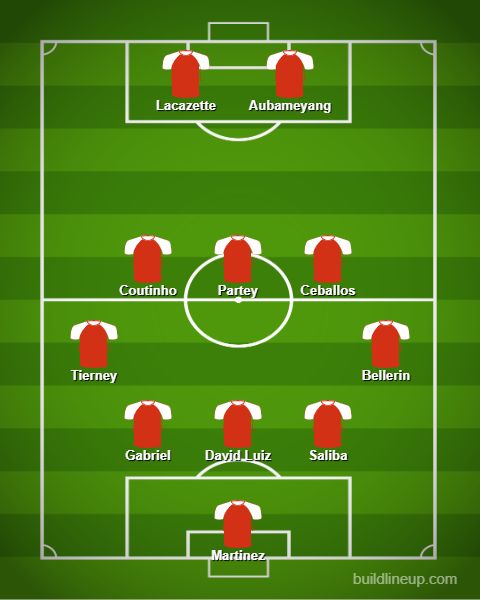 There are a few issues and potential sacrifices that would need to be made including Nicholas Pepe, but this shape allows Arsenal to play in a balanced way and it protects their weaker areas.

In terms of the new signings it looks like they are at different stages. Atletico Madrid’s Thomas Partey has been linked for months now, but Football.London were the latest to suggest that the price tag is a big issue.

Adding Coutinho looks much more likely, especially when you consider that Sport suggested talks were at an advanced stage. His problem at Barcelona and Bayern was they saw him as a winger, but he does his best work when playing centrally and the midfield three would bring the best out of him.

Lille defender Gabriel Magalhaes is a name that’s emerged in recent days, and a report from La Voix Du Nord has suggested that he wants to move to Arsenal, so he could complete that defence.

The problem with David Luiz in a back two is his mistakes are magnified, so playing between Gabriel and Saliba will give him young pacey defenders to mop up his errors, while his experience can help guide them through games.

The final piece of the jigsaw would see them find a way to keep Dani Ceballos after his loan spell from Real Madrid expires, and this line up would be very formidable indeed.