According to ESPN, Manchester United lost out on Jude Bellingham’s signing to Borussia Dortmund as they were unwilling to match the £56,000-a-week wages that the Bundesliga club were offering.

ESPN report that the deal that took the 17-year-old to Dortmund last month could be worth up to £22.75m, the ace earned a big-money move after starring for boyhood club Birmingham City.

It’s added that United were keen on landing the ace in the January transfer window, but with attentions switching to the recruitment of Bruno Fernandes, Dortmund had the opportunity to leapfrog them.

When Bellingham was first linked with the Manchester outfit there were question marks over the role he’d be able to play in the first-team, but Ole Gunnar Solskjaer was reportedly confident that the starlet would be able to contribute at least 20 senior appearances next season. 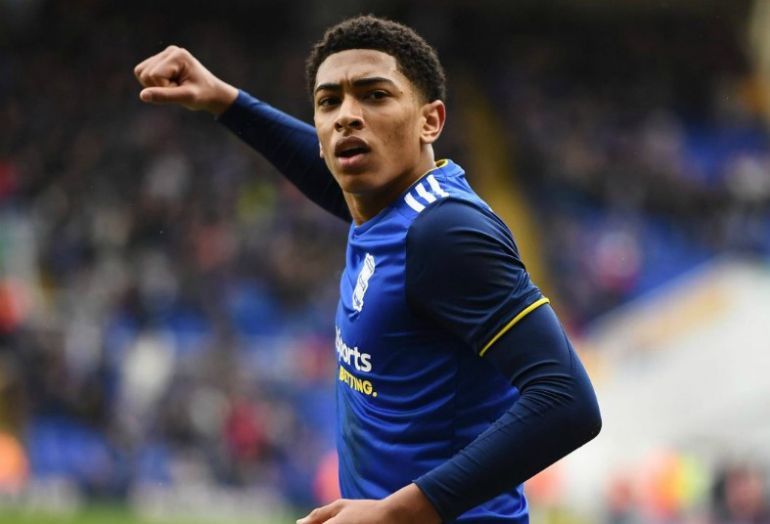 Bellingham has moved to Dortmund after a sensational breakthrough at Birmingham.

ESPN add that United’s hierarchy – including Ed Woodward – ultimately decided that they weren’t willing to offer such a young talent a contract of £56,000-a-week and so they lost out.

Bellingham bagged four goals and three assists for the Blues in 40 Championship appearances this season, the starlet’s versatility will have undoubtedly made him an attractive prospect for sides.

The England Under-17s ace is primarily deployed as a central midfielder, but the talent can also feature on either wing or in a more attacking midfield role.

Will United rue their decision to take this stance on a move for Bellingham?