The experienced Brazil international is set to become a free agent as his contract with Chelsea comes to an end, with ESPN reporting that a move to the Emirates Stadium could be officially announced soon.

Arsenal have just won the FA Cup final but will still no doubt feel the 2019/20 season was a disappointing one, with the club finishing 8th in the Premier League table – their lowest finish in 25 years.

Signings are clearly needed this summer, and Willian has proven himself to be a top talent at this level after years of great service for Chelsea.

Ex-Gunner Nicholas, however, is worried that the 31-year-old will block the progress of young attackers like Bukayo Saka, Reiss Nelson and Gabriel Martinelli if he links up with Mikel Arteta’s side.

Nicholas does see some sense in pouncing for the player on a free, however, saying to Off the Ball: “In terms of Willian, he’s a free agent so you can get him on the cheap, you give him a big salary and say: ‘Right, are you good enough?’ 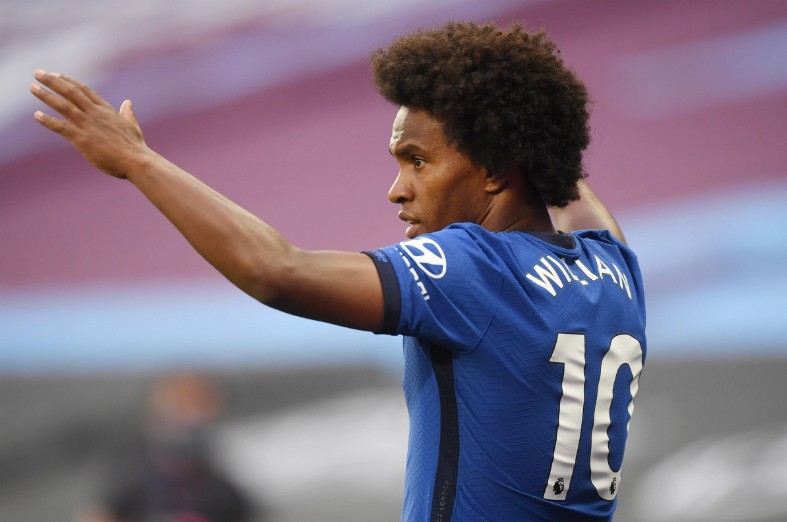 “This guy is a quality player, I don’t deny that but his age… and I look at people like Nelson, like Saka that want to come into the team and do well and Martinelli when he comes back will be a centre-forward so I don’t really see where the purchase makes sense to Arsenal.

“Willian as a free agent? Yeah, I can get one that because you want to build up a big squad and I expect Arsenal to offload maybe seven or eight players and it could be more.”