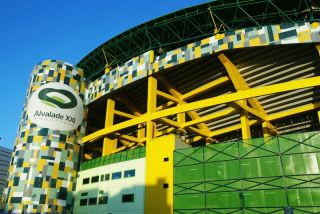 According to recent reports Arsenal have launched a third bid for Sporting Lisbon’s Joelson Fenandes, although the improved bid is still believed to be below his £40m release clause.

Fernandes, 17, is widely regarded as one of European football’s hottest prospect after being promoted to Sporting’s senior side shortly after the Primeira Liga resumed in June.

The exciting winger became only the club’s third youngest debutant after making his senior competitive appearance against fellow Portuguese side Gil Vicente at the start of July.

According to a report at the beginning of this week, Portuguese outlet A Bola, claimed that Mikel Arteta’s Arsenal had launched a £18m bid for the youngster which was quickly rejected by Sporting due to the player having a release clause of £40m.

The latest development in the Gunners’ pursuit for Fenandes came earlier today when the same outlet A Bola revealed that Arsenal have gone back in with yet another bid for the 17-year-old.

The report does not state exactly how much Arsenal have improved their bid by, but it is believed to still be some way off Fenandes’ £40m release clause fee.

It is reported that Arsenal believe Sporting are in need of finances and are therefore reluctant of paying Fenandes’ full release clause in the hope the Portuguese outfit accept a fee of much less.