According to the Mirror via Yahoo Esportes, Liverpool have enquired about Vasco da Gama starlet Talles Magno, who is slated to be available for a cut-price fee this summer.

It’s claimed that the Premier League champions have used the enquiry to sound out if the signing of the 18-year-old forward is actually realistic for the club.

The Mirror add that Magno’s release clause stands at £45m, however given the financial troubles that Vasco are facing the versatile forward could be available for a cut-price fee of £18m.

It’s added that the Brazil youth international is contracted until 2022, with several clubs across Europe also keen on the ace, including top sides Paris Saint-Germain and Sevilla.

Magno has only featured in the Copa Sudamericana this season, a South American cup competition, the talent has featured twice, registering one assist.

Magno did make 15 appearances in the last Brazilian top-flight season though, bagging two goals, with the ace primarily featuring as a left-winger or a centre-forward.

The 18-year-old has also starred at Under-17s and 19s level for Brazil, he’s clearly considered a top talent so it’s not surprising to see the attacker being linked with a move to Europe. 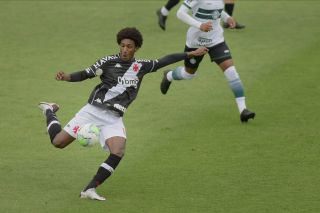 City Football Group scoops up another young Brazilian talent as they purchase wonderkid from Vasco da Gama for its MLS club May 18, 2021 7:08
Manchester City