The whole point of going out on loan is to play regularly and develop as a player, so it’s always going to be frustrating when you barely play.

A loan switch to RB Leipzig looked like a great move for Ethan Ampadu last season, but he only got on the field a handful of times and it has to go down as a wasted season.

He turns 20 next month but he’s at a level where he won’t learn much by playing U23 football, while it looks like Chelsea will attempt to improve by spending rather than developing their younger players going forward.

READ MORE: Arsenal expected to sign forward next week as paperwork is being finalised

That means another loan spell looks like the best solution, and this could actually be a decent move for him:

Norwich will be looking to bounce straight back up so he’ll experience the pressure of challenging for a title and having to win every week, while their defence can get exposed so he’ll be challenged defensively and technically by playing in their team.

The report suggests that talks have already taken place so this could be very possible – hopefully his future will become clear in the next few weeks.

Chelsea loanee edges closer to fitness as he tries to make up for a wasted season June 5, 2020 20:38
Chelsea FC 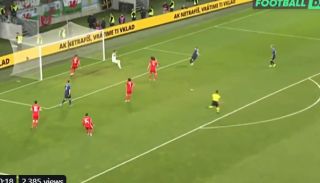 Video: Chelsea loanee shows he should be recalled by Blues after superb defending on international duty October 13, 2019 9:27
Chelsea FC