Promising Manchester United talent Aliou Traore has told French outlet RMC Sport that he’s ready for first-team football, whether that be at Old Trafford or elsewhere in a detailed interview.

Traore joined United from Paris Saint-Germain back in 2017 and has impressed in the club’s youth ranks, the 19-year-old midfielder’s entering the final year of his contract with the Red Devils.

The France Under-19s starlet has scored eight goals and chipped in with 10 assists in 50 appearances for United’s Under-18s and 23s, Traore has starred all across midfield.

There’s wide interest in Traore, as per a report from the Express via France Football a few months ago, Scottish giants Celtic and Rangers, as well as Portuguese powerhouses Benfica are all keen on the ace.

Mundo Deportivo reported last week that Ligue 2 side Caen have made contact to sign Traore as well. 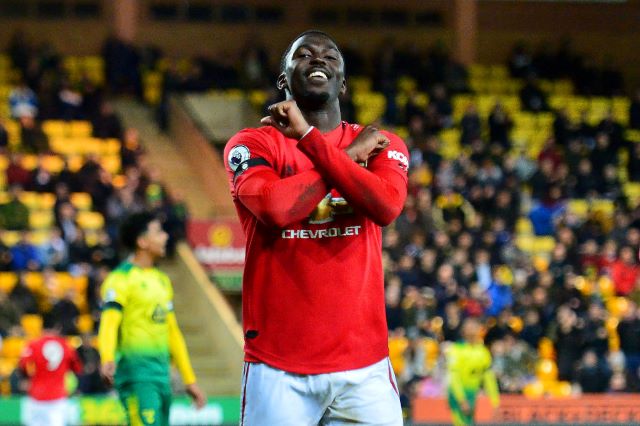 Here’s what Traore had to say on his first-team plans:

“I would like to start as a pro. Like I said, I think I have the baggage to do it. I hope it will be in Manchester, otherwise why not go and find playing time elsewhere.”

Have a look at Traore’s comments when quizzed on the current transfer window:

“I only have one year of contract left so yes, I’m not closing the door. But if I’m leaving, it’s for a professional group.”

“I don’t want to leave Manchester to be in the same situation elsewhere. I need an evolution in my progression and that goes through a professional workforce.”

Aliou also added that he has no preference for destination should he decide to leave:

“No, I will be listening to opportunities. Above all, I want to be part of a project that has meaning for me, a coherent project for the rest of my career.”

Traore’s interview with RMC Sport is a refreshing read, the prospect opens up on how much he’s learnt this season – which has seen him shifted from his natural central midfield role to a spot on the wings.

Traore also admitted that he talks a lot with star Paul Pogba, the man the media have compared him to.

The youngster has met the challenge of being fielded on the flanks well, Traore has bagged four goals from 14 outings for United in Premier League 2 this term.

Traore is clearly confident in his abilities and wants to showcase his ability in senior football, United should convince the highly-rated prospect to leave on loan with a spot in Ole Gunnar Solskjaer’s squad perhaps difficult to come by given the side’s numerous options in central midfield and in-form attackers.

French side have made contact about signing Man United midfielder this summer August 2, 2020 16:47
Manchester United FC