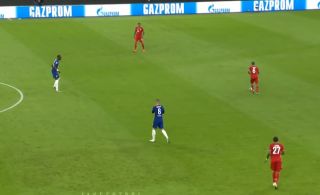 Thiago Alcantara showed what he’s all about with a midfield masterclass for Bayern Munich as they thrashed Chelsea 4-1 in the Champions League last night.

The Spain international has been linked with Liverpool by Kicker and others in recent times, though they suggest the deal is somewhat up in the air due to some doubts from Liverpool’s end.

This clip of video highlights below, however, shows how good Alcantara was against Chelsea and how important he could become for the Reds if they decide to step up their interest…

Alcantara not only runs the show with his superb range of passing, but he pops up in defensive positions as well, putting in the hard yards for the good of his team.

It was a fine performance from Bayern all round, but it’s clear that their classy midfield maestro is a key part of how they play.

If Liverpool don’t go in for him, surely another big club out there will snap him up?