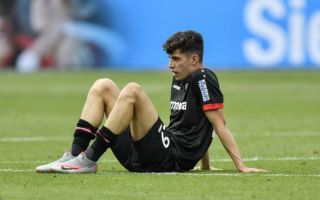 The Kai Havertz to Chelsea transfer saga has dragged on a little this summer, with there still being no official announcement on the deal.

This is despite Havertz’s move from Bayer Leverkusen to Chelsea looking very much on the cards for some time now, with the Germany international said to have agreed personal terms on the switch to Stamford Bridge.

MORE: Thiago Alcantara masterclass vs Chelsea shows why Liverpool should pay what it takes for transfer

However, Mohamed Bouhafsi has claimed that talks between the two clubs remain ongoing, and that could be holding things up…

Additional information from Kevin Palmer, however, states that Chelsea may have to wait a little longer for an announcement.

This is because, according to Palmer, Havertz’s transfer looks set to be confirmed only once Leverkusen’s participation in the Europa League comes to an end…

There are now suggestions that Kai Havertz’s move to Chelsea will be confirmed soon after Leverkusen’s Europa League campaign ends.

Personal terms were never going to be an issue and Havertz has set his heart on the move to Chelsea #CFC pic.twitter.com/lMS2D9uuBR

The Bundesliga giants take on Inter Milan in the next round of the competition, so it may well be that their exit is only days away.

That won’t be an easy game for Leverkusen, but Havertz will no doubt be hoping to show his talent in this competition, even if it holds up his big move to Chelsea.